Following two days without fatalities, the Ukrainian military has said that it has begun removing heavy artillery from the front lines. This would fulfill a key part of the ceasefire with eastern Ukrainian separatists. 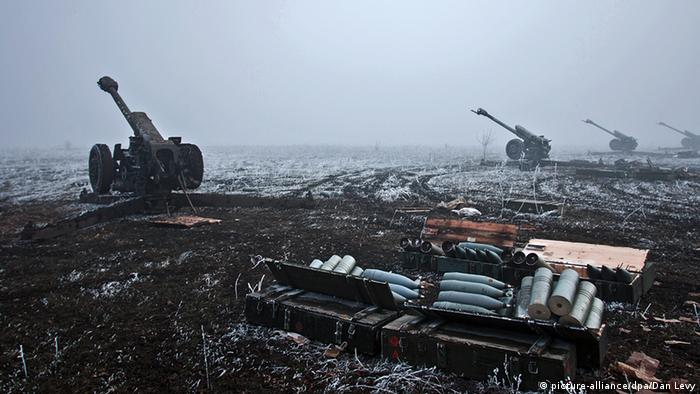 Ukrainian troops began moving back heavy artillery on Thursday after seeing a substantial lull in fighting and no deaths for two consecutive days.

In a statement, the military said that it was "beginning the withdrawal of 100mm cannons from the frontline. This is the first step in the pull-back of heavy weapons."

Under the ceasefire reached earlier this month, both Kyiv and separatist leaders were expected to remove the artillery from the frontline in order to create a buffer zone. However, the Ukrainian government refused to relocate its military's fire power, citing repeated violations of the truce by the rebels.

For their part, the pro-Russian fighters said on Tuesday that they had begun pulling back heavy weapons. The Organization for Security and Cooperation in Europe (OSCE) has not yet confirmed this.

Although Kyiv's decision sent a positive signal on the implementation of the peace plan, tension remains high between Moscow and Western powers who have been involved in the negotiations.

Fearing a separatist attack on Mariupol, both France and Germany warned Russian President Putin earlier this week that sanctions would follow any act of aggression toward the port city. A day later, US Secretary of State John Kerry accused Russia of not only failing to comply with its commitments, but also of blatantly lying to him.

Russian Foreign Minister Sergei Lavrov hit back at the threats on Thursday, accusing the European Union and the United States of lacking conviction to "seek the implementation of what was agreed in Minsk."

"Everyone understands perfectly well that there are no ideal truces and ideal ceasefires," he added.

Ukraine and its allies contend - based on information from NATO and eyewitnesses - that Moscow has been supplying the separatists in eastern Ukraine with troops and equipment. Russia has repeatedly denied these allegations.