The office of the Ukrainian president has written an appeal to the UN and EU for international peacekeepers. At the same time, President Poroshenko unveiled his plans to increase the size of the military. 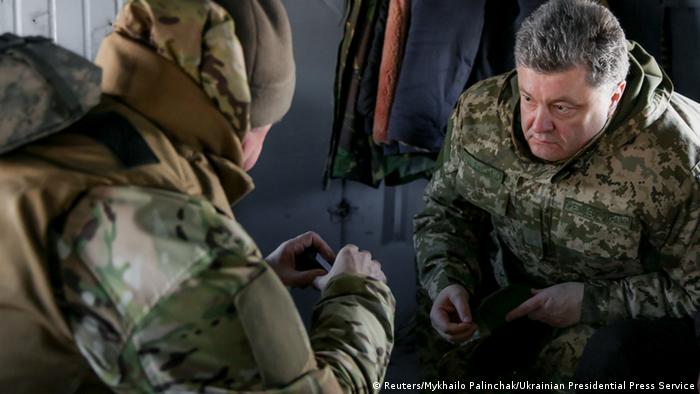 Ukrainian President Petro Poroshenko signed an appeal on Monday addressed to the United Nations and the European Union, opening the way to a formal request for international peacekeepers to be stationed in eastern regions where government troops are battling pro-Russian rebels.

The president's office did not give any specific details on the composition of the mission or a schedule for it, but Russia was strongly against such an idea. Russian Foreign Minister Sergey Lavrov criticized Kyiv's plan while attending a United Nations event in Geneva. He called for the continuing implementation of the Minsk peace accord, which gradually appeared to be taking effect.

The West also saw such a peacekeeping mission as unlikely.

The terms of the ceasefire stipulate that the warring sides must pull back their heavy weapons by 50 kilometers (30 miles) to 140 kilometers (90 miles) from the front line, depending on the range of the weapons. Both government troops and rebels reportedly started the withdrawal last week, though monitors from the Organization for Security and Cooperation in Europe (OSCE) said these claims could not be verified.

Despite some sporadic violence, the bloodshed appeared to be decreasing as the UN released a report saying 6,000 people have been killed in the conflict since in erupted last April. Ukrainian military spokesman Col. Andriy Lysenko said on Monday that one serviceman was killed and a further four were wounded on the previous day, without specifying the circumstances of the casualties.

At the same time that his office was putting out the appeal for peacekeepers, President Poroshenko presented legislation to parliament to boost the size of the country's armed forces to 250,000. A number that, according to Ukrainian news agency Interfax, would require enlisting an additional 68,000 troops. 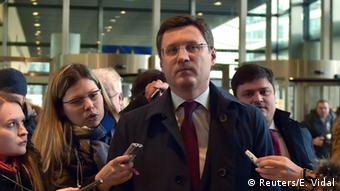 Poroshenko was set to discuss the status of the ceasefire with Russian President Vladimir Putin, German Chancellor Angela Merkel, and French President Francois Hollande by telephone later on Monday.

The four will also discuss the conflict over supplies of natural gas between Russia and Ukraine. Russia has accused Ukraine of being behind on its bill and threatened to stop the flow through the gas pipeline. Ukraine is the most important transit country for Russian gas on its way west. Representatives from Moscow and Kyiv were also scheduled to discuss the conflict in Brussels on the same day.