Ukraine conflict means ′flee′ to those who can | Europe| News and current affairs from around the continent | DW | 01.06.2014

Ukraine conflict means 'flee' to those who can

For the Ukrainian government, it's an anti-terror campaign; for Russia, civil war - and for the people of eastern Ukraine, it's simply war. Observers are seeing the beginning of a wave of refugees heading west. 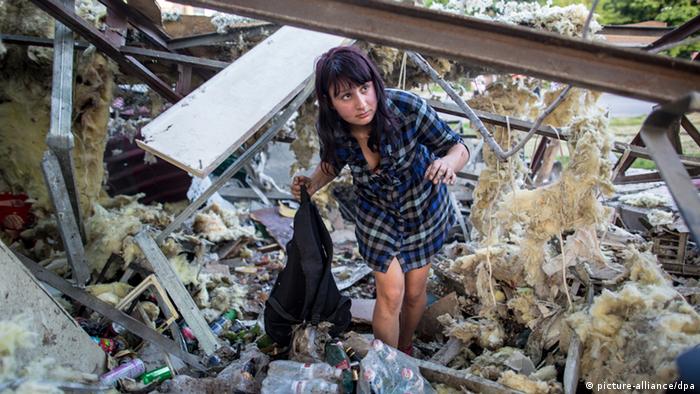 Images of barricaded streets, helicopters circling overhead, news of dead and wounded, detained OSCE observers: The hope that the situation in Ukraine would calm after the presidential election has faded.

The conflict continues to center around the pro-Russian separatist stronghold in Slovyansk in eastern Ukraine. There, the Ukrainian government's so-called anti-terror campaign is in full swing, with police and military units clashing with heavily armed separatist groups.

And ever more people are fleeing from the city. Freelance photographer Petr Shelomovskiy, who is currently near Slovyansk, is witnessing this personally: "I see a lot of people moving with their families, with their children from Slovyansk, to local hotels and resorts in order to get away from the war."

In an interview with DW, Shelomovskiy said he heard disturbing stories at the hotels outside of the city: of residents who hid themselves in their cellars at night when their houses were bombarded; of destroyed villages around Slovyansk. He said one person told him that the son of a family friend was shot because he didn't stop at a checkpoint. 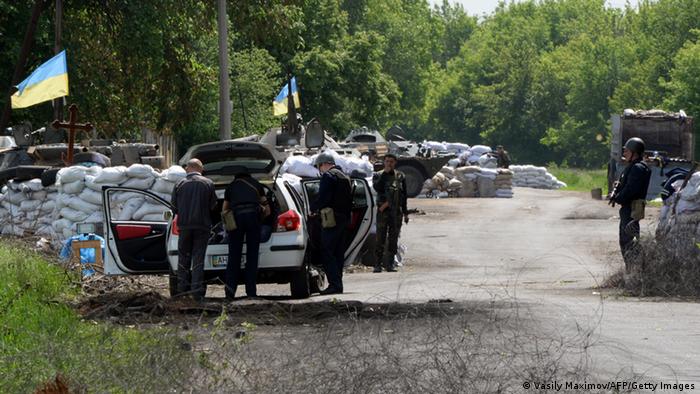 People in eastern Ukraine fear getting shot at checkpoints

For a while now, it's not just been anti-separatists who are fleeing the city. Shelomovskiy said he spoke with a family that is "strongly pro-Russian - but they cannot stay there, their house has been bombed."

So, is it an "anti-terror" deployment, or a civil war? Shelomovskiy thinks this is no longer the decisive issue - saying simply that weapons and fighting are all over. The locals, he adds, are deeply upset by the violence, which is "destroying their houses, destroying their lives, killing their relatives. Some of them who supported the idea of fighting against Kyiv are now not so sure about that."

Shelomovskiy couldn't confirm reports that soldiers from Chechnya are coming to fight in eastern Ukraine; although he did say there are a lot of experienced fighters - "people who love war." He hasn't met anyone saying they are from Chechnya, but adds, "I have seen people telling me they are from Ossetia, next to Chechnya."

Men are being recruited to fight for the separatists, he claims. A man from Slovyansk told Shelomovskiy that he would pay 200 dollars if Shelomovskiy would take up arms. 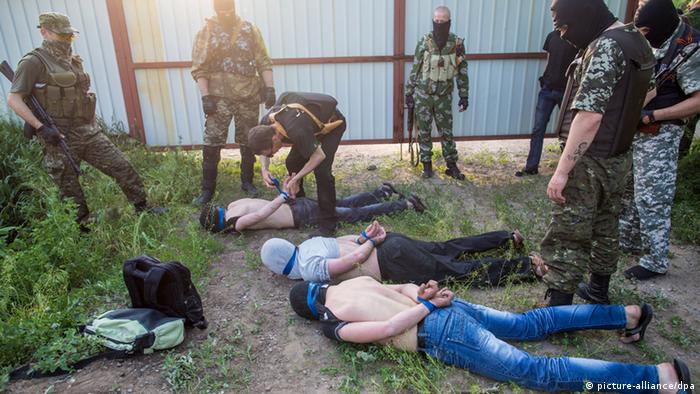 Lidiya Huzhva, a journalist who is currently reporting from within a unit of voluntary police around Donetsk, said the unit is planning action from outside of the city, then enters separatist territory to carry it out. "They abduct fighters from the other side, then attack the separatists," she told DW in an interview.

She couldn't say whether this strategy is likely to see success - but she did add that she believes it is appropriate for the Ukrainian government to take military action. Huzhva, who was at Maidan and also considers herself an activist, says that increasing numbers of local residents are coming to believe that the separatists are not likely to bring them better lives.

"Until now, they've believed that their situation couldn't get any worse," Huzhva said. But now, they realize it has: "In the self-declared 'Donetsk Republic,' criminals rule the streets." People are beginning to see that "life as a part of Ukraine wasn't so bad after all," she added.

The Ukrainian forces are poorly armed, while separatists receive steady assistance from Russia, Huzhva said. "They have the newest weapons, and new fighters are constantly coming across the border," she said.

"Ukraine is not capable of stopping them," she said, adding that both appropriate weapons and a clear leadership structure are lacking. 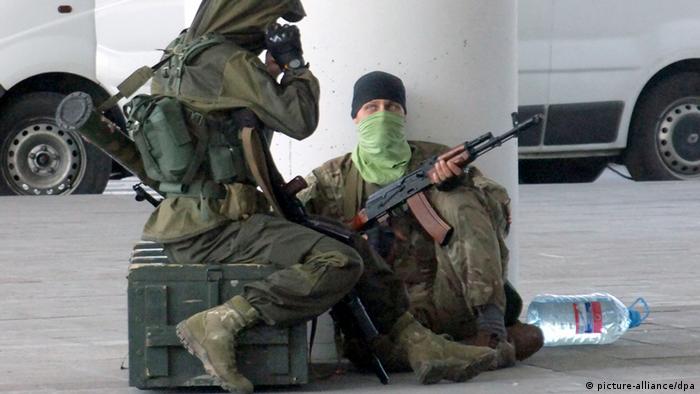 What is clear is that the situation in Donetsk - with increasing numbers of armed fighters - is escalating. Huzhva said people aren't on the streets for fear of getting abducted or shot.

She also said that here, ever more people are leaving the city. "Everyone who had an opportunity to leave is already gone," Huzhva said. They have sought refuge by other family members, largely in western Ukraine. People still left in Donetsk are those "who have no idea where else they can go."

Shelomovskiy confirmed this, saying everything points to an escalation of the situation, and that Dontesk is becoming a new Slovyansk. International aid organizations fear that in the coming weeks, a wave of refugees could flow in from eastern Ukraine. This would be a similar situation to what happened with Crimea, where around 10,000 people fled - most of them Crimean tartars.

OSCE observers who recently disappeared from eastern Ukraine most likely continue to be in the custody of pro-Russian separatists. According to some sources, Russia is attempting to negotiate their release. (31.05.2014)

Donetsk: The calm before the storm?

Filip Warwick is a photojournalist who has stayed in Donetsk after many foreign journalists have left. Here he documents how daily life goes on, but is this the calm before the storm in Donetsk? (30.05.2014)