The Galleri blood test can determine whether a patient has cancer before symptoms show up. Health experts hope for a "game changer" in early cancer detection, with thousands expected to take part in the trial. 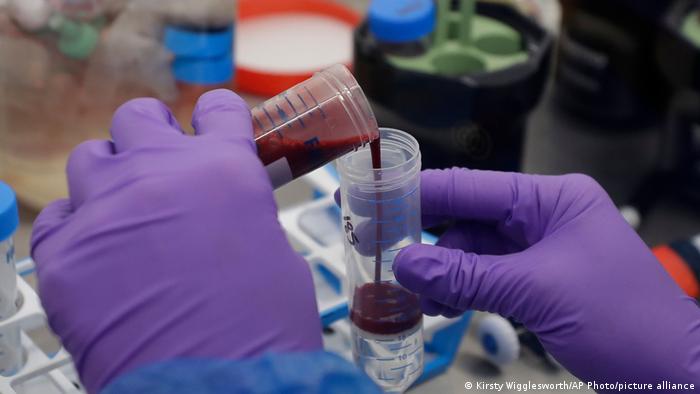 The Galleri test is the first of its kind

The UK's state-run National Health Service (NHS) is set to start a trial of new cancer test on Monday, with experts saying it can recognize over 50 types of cancer in patients before symptoms even appear.

What do we know about the trial?

The Galleri test examines DNA in blood to find out whether any of it comes from cancer cells.

Trial participants will have their blood samples taken at mobile testing clinics and other facilities across the country. The NHS aims for 140,000 volunteers across eight areas of England to take part in the trial.

"This quick and simple blood test could mark the beginning of a revolution in cancer detection and treatment here and around the world," NHS chief executive Amanda Pritchard said in a statement.

The new test was developed by US biotechnology company Grail Inc, with the firm entering into a partnership with the NHS for the trial last November.

By diagnosing cancer at an early stage, patients can work with their healthcare providers to determine a course of treatment before the disease escalates. According to the NHS, a patient whose cancer is diagnosed at the earliest stage typically has between five and 10 times the chance of surviving compared to the patients who only discover the disease at "stage four," after it spreads to other parts of the body.

"Early diagnosis can save lives and this revolutionary new test can detect cancers before symptoms even appear, giving people the best possible chance of beating the disease," said UK Health Secretary Sajid Javid.

Galleri test could be a 'game changer'

Peter Sasieni, a professor specializing in cancer prevention at King's College London and one of the trial's lead investigators, said the Galleri test "could be a game changer for early cancer detection."

Detecting disease in our breath

In addition to blood tests, researchers have experimented with other ways to detect early stages of cancer. For example, scientists have been conducting trials in recent years on a cancer-detecting breathalyzer.