The UK's top court hears a mock trial to test the crime of 'ecocide.' A Scottish barrister has proposed listing ecocide as the fifth official crime against peace that may be prosecuted internationally at The Hague. 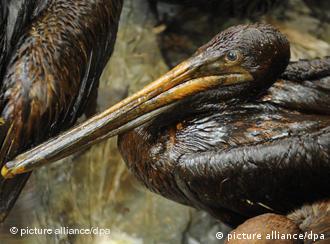 Ecocide could be tricky to define legally

A successful barrister in the United Kingdom, Polly Higgins, decided in her run-up to retirement to take on just one more client: planet Earth.

Calling herself a lawyer for the Earth, Higgins not only wrote a political treatise on it in 2010, she forwarded her revolutionary vision to the United Nations for consideration.

Her idea? To make ecocide the fifth crime against peace.

Higgins believes that if her proposal were to become law, it would serve as a deterrent, with corporate executives and directors avoiding destructive acts that could be labeled ecocide.

"If the law is there, and it is broken, the CEO and the company's directors will have to answer to that," Higgins told Deutsche Welle. "Most wouldn't want to be seen as doing anything illegal."

Under the Rome Statute, which first entered into force in 2002, signatory countries are obligated to prosecute four hard-to-define crimes against peace.

These include genocide, crimes against humanity, crimes of aggression, and war crimes.

Higgins wants ecocide added to the list, as a base for international laws against the destruction of the earth. 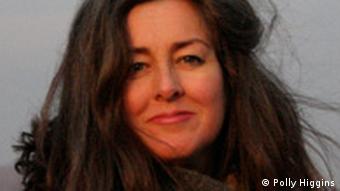 In her book "Eradicating Ecocide: Laws and Governance to Prevent the Destruction of our Planet," Higgins defines ecocide as "the extensive destruction, damage to or loss of ecosystem(s) of a given territory, whether by human agency or by other causes, to such an extent that peaceful enjoyment by the inhabitants of that territory has been severely diminished."

She lists examples for ecocide, including deforestation, overfishing, mining and tar sands extraction. These things happen around the world every day – and are not yet punishable under international law.

CEOs would go to jail

Higgins' proposal can be seen as a way to hold people, corporations and nations accountable for the destruction caused to the earth. In some present-day situations, corporations are fined by governments for damage done.

Simon Hamilton of the environmental nonprofit The Hamilton Group told Deutsche Welle that the punishments meted out to companies damaging the environment are too low to have a preventive effect.

"In the larger scheme of [companies'] profits, those numbers mean very little," Hamilton said, citing the example of fines BP incurred as a result of the oil spill in the Gulf of Mexico after the Deepwater Horizon accident of 2010.

Michael Bromwich, head of the Bureau of Ocean Energy Management in the United States, agreed at a press conference this month, calling the fines from the spill "pathetically" inadequate.

Under Higgins' proposed law, chief executives and members of boards of directors could be held personally liable for ecosystem-destruction and could get prison terms for causing such harm.

"If the directors were personally liable for this damage, the proposal asks, how would that change their thinking toward the environment?" Hamilton asked.

Higgins believes her proposal could work if it were to become law, in part because she has had several closed-door sessions with corporations. She senses a willingness to adhere to the environmental principles she has set forth.

"I've spoken to many who would like to, for example, invest more heavily in renewable energy – but it's just not feasible for them right now," said Higgins.

If oil drilling in the Arctic or polluting tar-sands oil extraction were outlawed, Higgins believes, the cost of renewable energy would become more competitive with that of fossil fuels .

Putting the proposal to trial

Under Higgins' proposal, the 116 signatories to the Rome Statue would be required to exercise criminal jurisdiction over those committing the crime of ecocide.

The US has famously signed, but not ratified the treaty, while China, the world's top polluter, has neither signed nor ratified it.

If Higgins' proposal were adopted, signatories, like the UK, would be required to prosecute the top executive of a company charged with committing ecocide.

Cases in which a country's governing leadership has not pursued legal recourse against alleged perpetrators of ecocide would be referred to the International Criminal Court in The Hague.

In order to test her proposal, Higgins and a group of environmental organizers with The Hamilton Group have reached out to the Supreme Court of the UK, getting their blessing to hold a mock trial there.

The mock trial doesn't reflect the court's support for the proposal.

It is a way for legal experts to get a glimpse of how the proposed laws would hold up under the UK legal system, and to see what kinds of potential arguments for and against ecocide might be applied in a courtroom. 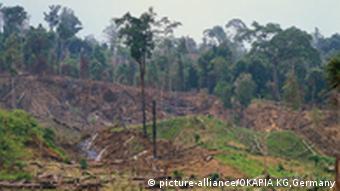 Ecocide could include deforestation, which is accelerating around the globe

Higgins looks forward to the outcome.

"We have an independent judge and jury, so we can't anticipate how the trial will turn out. I'm interested to see how things evolve, to hear the arguments being used both for and against," she said.

Simon Hamilton said the main goal is to put the proposal in the public eye.

"With the trial we also hope to gauge the reactions from businesses and environmental lobbyists, and to see that this is talked about a lot more," Hamilton said.

One year ago, an explosion on BP's Deepwater Horizon platform caused a four-month-long oil spill, the worst in US history. The communities and economy of the Gulf Coast are still suffering from the consequences. (20.04.2011)

After a tense and sometimes farcical final day, the COP10 biodiversity summit in Nagoya Japan broke the "Copenhagen curse" by agreeing on a new set of targets to save species and ecosystems around the world. (29.10.2010)

Bolivia says it won't accept the agreement reached at the recent Cancun climate summit, calling it a 'hollow and false' victory. The Bolivian government is now planning to file a lawsuit in The Hague. (14.12.2010)

The World Future Council's campaign for the crime of 'ecocide'