A government investigation has found that the UK had only a "limited impact" on India's 1984 assault on the Amritsar Golden Temple, Sikhism's holiest shrine. The raid's death toll is still disputed after almost 30 years. 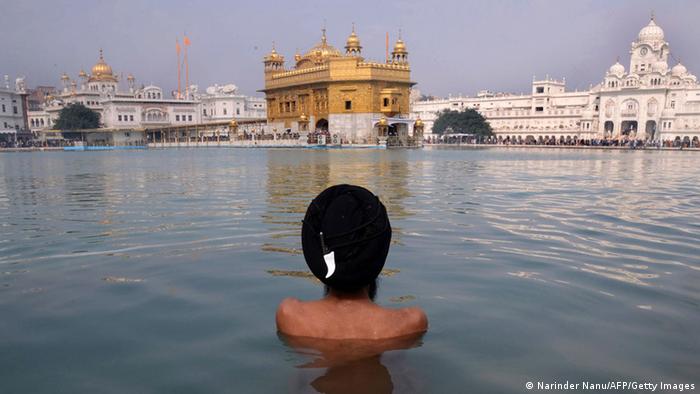 Prime Minister David Cameron had ordered the review into British involvement in the Indian military's 1984 attack on a Sikh temple this January. This followed his government's inadvertent release of documents showing that then-Prime Minister Margaret Thatcher had sent an elite Special Air Service (SAS) soldier to advise India on the raid four months before it took place.

On Tuesday, Foreign Secretary William Hague told parliament that the Indian military raid on Sikh separatists holed up in the shrine was "entirely different" from plans suggested by the British special forces advisor.

"The nature of the UK's assistance was purely advisory, limited and provided to the Indian government at an early stage," Hague said. "It had limited impact on the tragic events that unfolded the temple three months later."

According to the report, the SAS officer had advised the Indians that a military operation should only be a last resort, and that any attack should use the element of surprise and helicopter-borne troops in a bid to limit casualties. Hague said Indian forces ultimately acted on neither piece of tactical advice.

He also said that there was no evidence that the British government had received advance notice of the operation. Finally, Hague rejected allegations that the military advice was offered in the hope of winning defense contracts for British businesses.

"It is quite right that concerns that were raised about UK involvement have been investigated," Hague said. "It is a strength of our democracy that we are always prepared to take an unflinching look at the past."

Backlash for Indian and British governments

Indian authorities put the death toll from the June 1984 attack on the Golden Temple at Amritsar in the hundreds. Sikh groups say that thousands were killed.

The attack enraged Sikhs in India, some of whom were already fighting for an independent state, and ultimately led to the assassination of Prime Minister Indira Gandhi - shot by two of her Sikh bodyguards on October 31 that year. Gandhi's killing in turn provoked anti-Sikh riots across much of northern India, while the insurgency continued until the late 1980s.

Indira Gandhi represented India's ruling Congress party, which faces an uphill struggle for re-election in 2015, according to opinion polls.

Although a comparatively small group of British voters, numbering around 430,000, turnout among British Sikhs tends to be high, with many also living in hotly contested constituencies around the country. Conservative Prime Minister Cameron had identified winning a greater share of the often left-leaning Sikh vote as one of his election targets for 2015.