The British Chancellor has announced billions in government backing for the controversial Hinkley Point nuclear station. The announcement came during a trip to China, during which he sought to court Asian investors. 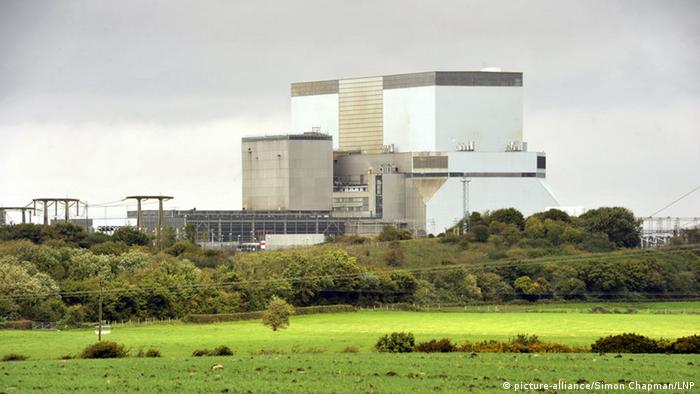 British finance minister George Osborne on Monday sought to win over foreign investors, as he pledged £2 billion (2.75 billion euros, $3.11 billion) in government support for a new nuclear plant set to be built by an international consortium in southwest England.

The consortium is spearheaded by French energy company EDF, which is expected to make a final decision on whether to invest in the Hinkley Point C nuclear power station this year. The multi-billion government guarantee could help pave the way for that decision.

London says the Hinkley project is key to meeting Britain's energy needs as older coal and nuclear plants are retired. The two new reactors would generate some seven percent of the isles' electricity.

However, the government's nuclear bet is still far from certain. In July, Austria filed a legal complaint to the European Court of Justice against state subsidies for the Hinkley Point plant, arguing they violate EU competition laws. Meanwhile, the EDF-led consortium continues to drag its feet on the £24.5-billion plant. Just earlier this month, the French company said the Somerset station would be delayed.

Against this backdrop, Monday signaled a slight change in strategy, with Chancellor Osborne turning his attention to the project's Asian investors. His pledge came during a five-day trip to China meant to deepen trade ties between the two economies.

And that would just be the beginning, Osborne assured his Chinese audience at the start of an annual economic and financial dialogue.

"There is another opportunity for Chinese investment, in high speed trail, in the north of England," he added, without going into details.

As the traditionally strong French nuclear power industry continues to be plagued by technical and financial difficulties, the government has sought to cut nuclear power in favor of renewables. (09.09.2015)

German Economy Minister Sigmar Gabriel has ruled out supporting EU subsidies for nuclear energy projects. His comments came ahead of a meeting of energy ministers. (05.03.2015)