UK military trainers set to head for Ukraine | Europe | News and current affairs from around the continent | DW | 25.02.2015

Britain has given a green light to plans for deploying military trainers in Ukraine to bolster that country's resources against Russian-backed separatists. Samira Shackle reports from London. 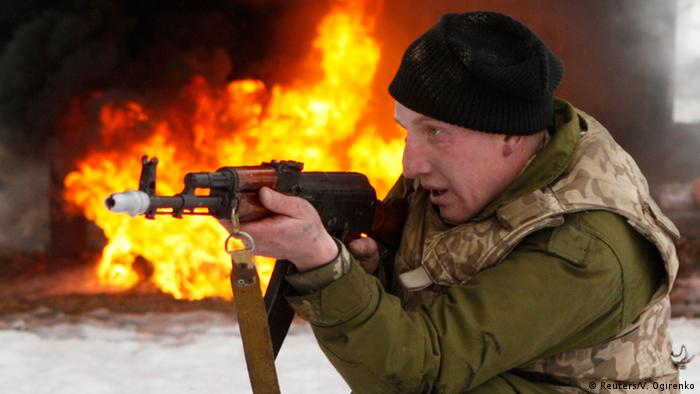 David Cameron has announced plans to send military trainers to Ukraine. This is a significant escalation of Britain's involvement in the unrest, which began in November 2013 when then-president Viktor Yanukovych suspended plans to implement an association agreement with the European Union.

Yanukovych was ousted after months of mass protests. Unrest then enveloped the largely Russophone eastern and southern regions of Ukraine, where most of his support lay. Soon afterwards, Russia annexed Crimea, and a near civil war has developed between the post-revolutionary Ukrainian government and pro-Russian insurgents, centered in the cities of Donetsk and Luhansk.

While Britain has backed EU sanctions against Russia and other actions taken to support Ukraine, it has taken something of a back seat role. This has led to domestic criticism. Last week, a House of Lords committee said that as a signatory to the 1994 Budapest memorandum, which set out the protection that Europe would give Ukraine, "the UK had a particular responsibility towards the country and it has not been as active, or as visible, as it could have been."

Britain goes on the initiative 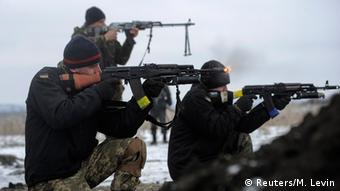 Ukrainian troops are already being given field training

Now, in an apparent change of strategy, Downing Street has announced that it will dispatch up to 75 trainers to Ukraine, a move intended as a "demonstration of support" for Kyiv in its attempt to fight separatists in the east. The trainers will provide instruction in command procedures, tactical intelligence, battlefield first aid and logistics. They will also assess the national army's training needs. "Ukraine has consistently underinvested in its armed forces since the end of the Cold War and lack of training has been an important part of that," says Ben Barry, senior fellow at the International Institute for Strategic Studies.

Sarah Lain, research fellow at the Royal United Services Institute, suggests that recent events may have acted as a catalyst. "This is building on support Britain has provided Ukraine: Britain has posted a lot of money to support the Ukrainian government, through the Department for International Development, although this has not been so widely publicized. But it is also demonstrative of greater concern given what Russia has been doing near our airspace." At the end of January, two Russian military planes flying near UK airspace caused "disruption to civil aviation," according to the Foreign Office.

A crucial question is whether Britain's decision to send troops to Ukraine, for the first time since the conflict began, will actually make a difference. "Britain's commitment on military training is useful symbolically and, when combined with the larger contingent of US trainers, may have long-term benefits for the Ukrainian armed forces," says Adam Hug, policy director at the Foreign Policy Centre. "But it does not provide anything like a counter-balance when set against the extent of Russian involvement in terms of troops and equipment." 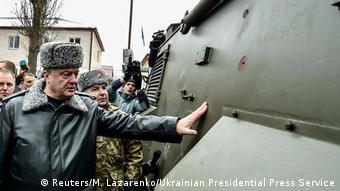 In recent weeks, German Chancellor Angela Merkel and French President Francois Hollande have been in direct talks with Vladimir Putin to try to broker a ceasefire.

Britain eager not to be sidelined

Although the ceasefire agreed on February 12 has been repeatedly broken by both sides, this has reinforced the impression that France and Germany are at the heart of EU foreign policy. According to critics of Cameron's government, Britain's exclusion from talks provides more evidence that it is simply an onlooker in the Ukraine crisis.

Britain's relationship to the EU has certainly been fraught in recent years. "Cameron's absence from the Minsk negotiating format is a function of not only the circumstances around the initial mediation efforts but a recognition that the UK is not in a position to lead this negotiation on behalf of EU member states, given the state of relations between the UK and EU," says Hug.

Lain argues that the importance of this absence should not be overstated. "Britain's absence from diplomatic negotiations with Germany and France is a non-starter," she says. "It doesn't mean Britain is disinterested - it has been a vocal supporter of sanctions. Britain's wider issues with the EU are separate to this. Britain values the importance of showing solidarity on this issue." 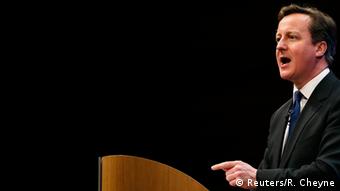 Cameron wants to be seen as doing more

Some European leaders, including Austrian Chancellor Werner Faymann, have spoken about a time when sanctions against Russia could be removed. Yet Cameron has been firm, maintaining that sanctions should be increased if Russia continues to support rebels in Ukraine. He has suggested that Russia could be excluded from the Swift international bank payments system.

This should provide reassurance to more hawkish EU member states, such as Poland and states in the Baltic and Scandinavia, that the UK will continue to support a firm position.

"Cameron is walking a line between showing Britain has a role to play in shaping the response to the crisis, but without diverting political attention from issues that voters are more focused upon in the run up to the UK general election," says Hug. "This move is of limited scope and is in keeping with Cameron's policy of restricting the UK's international actions given tight resources and a more insular public mood."

US Secretary of State John Kerry has said Russia is far from meeting the terms of the second Minsk ceasefire, repeating warnings of more sanctions. It follows a day reportedly without any deaths in the Ukraine conflict. (25.02.2015)

France has told Russia that an attack by rebels on the city of Mariupol would bring with it a new set of consequences. But pro-Russian separatists have said they've begun pulling heavy weapons back from the front line. (25.02.2015)