UK campaign looks at Muslim-Jewish stories of solidarity and compassion | Europe | News and current affairs from around the continent | DW | 25.01.2011

UK campaign looks at Muslim-Jewish stories of solidarity and compassion

At a time of increasing polarization between religions, a London exhibition shows that history tells a different tale. Focusing on Albanians saving Jews during WWII, it looks at stories of solidarity and compassion. 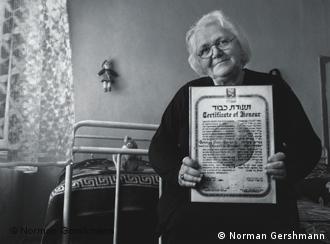 A new exhibition launched at Britain's House of Lords aims to highlight an alternative to the seemingly irreconcilable differences between the Jewish and Muslim religious communities.

Focusing on how Albanian Muslims saved Jews from the Nazis during World War II, the campaign aims to encourage greater understanding between Muslims and Jews at a time of increasing polarization between the two.

"'Missing Pages' aims to shed light on the rich history of coexistence between Muslims and Jews," Lord Patel - a Muslim peer - said at the launch of the campaign in Westminster's House of Lords.

"Anti-Semitism has no place in Islam and we need to revive the legacy of mutual cooperation and peaceful coexistence." 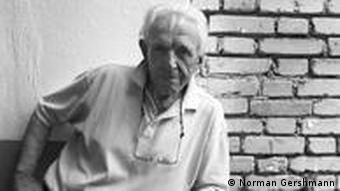 The campaign is run by the Exploring Islam Foundation, which works to raise awareness about Islam and challenge misconceptions about Muslims.

The exhibition focuses on the work of American Jewish photographer Norman Gershman who recently traveled to Albania to take pictures of Muslim families who rescued Jews during World War II.

"We're having a sweeping paranoia, you know, that all Muslims in some way are either terrorists or terrorist sympathizers," Gershman told reporters in London.

"Just like that all Jews are moneylenders. And all Christians are crusaders. And all Muslims are terrorists. It's crazy. It's absolute madness and I won't subscribe to it."

The photographs are accompanied by the stories of those who sheltered Jewish families from the certain death awaiting them at the hands of the Nazis.

'We were the best of friends'

Bahrije Borici was a young woman when her parents took in a family of Jewish refugees. In 1943, her father brought home Isak and Bela Bivas and their 13-year-old daughter Rashel.

"My father organized false passports with Albanian Muslim names," Borici's story reads. "The Nazis had warned our community that anyone harboring Jews would be killed. Rashel and I were the best of friends. I taught her the Albanian language. She even went to religious school with me. She now lives in Israel." 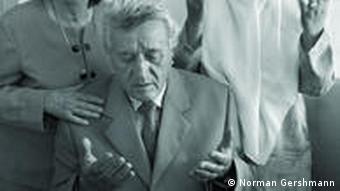 In 1943, Ali and Nadia Kazazi sheltered the Solomon family for six months in their home. Their children, Nedred, Beqir and Luljeta, recall that everyone in the neighborhood knew that there was a Jewish family living there but no one told on them.

"Our father was illiterate, and very kindhearted," their story goes. "He was a baker. The Solomon family consisted of David and Esther Solomon and their children, Matilda and Memo. We gave the family Muslim names. Matilda and Memo played with us in the inner courtyard."

"The father and mother were terror-stricken, but when there were searches, our Jewish guests were able to hide by scrambling through connecting doorways to other homes. Those were dangerous times. Memo became a music teacher in Beersheba, Israel. He now lives in Jerusalem. Matilda is a businesswoman in Israel."

Another photograph depicts Rifat Hoxha who was born after the war. His father helped a Jewish family hiding from the Nazis. Rifat's father only told him about it just before he died and gave him three Hebrew books left to them by the Hallagyem family before they fled to Palestine toward the end of the occupation.

Inspiration for a common future

Gershman's photos are being exhibited around the UK as part of the "Missing Pages" campaign, which is traveling to British university campuses, co-hosted by Islamic and Jewish societies. 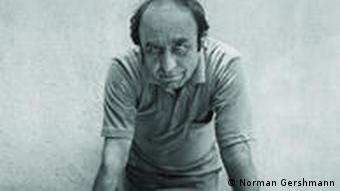 "It features forgotten stories of heroic courage and compassion at great personal risk during World War II," the organization's global ambassador Kristiane Backer said at the opening. "Stories of Muslim and Jewish people which we hope will inspire our common future."

One of those who can tell those stories from firsthand experience is Scarlett Epstein. As an Austrian-Jewish refugee she sought and found sanctuary in Albania during the war, when other European countries, like Britain, would not take her in. At the London launch of "Missing Pages" she said she owed Albanian Muslims her life.

"We were a group of about 50 German-, Polish- and Austrian Jewish refugees who lived together in Albania. We stayed in one house sharing everything. We lived right next to the police station. All of the policemen were Muslim. And obviously it was strategic to be friends with the police. We had only tourist visas, and they expired. But the Albanians, unlike the Yugoslavs, never wanted to throw us out. Because they were Muslims they wanted to help us."

Yet while this campaign to mark Holocaust Memorial Day focuses on the positive, it comes in response to what participants say is a worrying trend of increased anti-Semitism among British Muslims, as well as increased anti-Muslim sentiment among Jewish commentators in the UK.

The hope is that these largely untold stories from World War II will help improve relations between the two communities in Britain.

The German-Syrian painter Tarek Marestani is out to capture the integration struggles of young immigrants on canvas. A traveling exhibition is already being planned for his work. (30.12.2010)

The Argentine-Israeli conductor Daniel Barenboim has been awarded Germany's Westphalia Peace Prize for his efforts to promote reconciliation in the Middle East with his Israeli-Arab West-Eastern Divan orchestra. (30.10.2010)