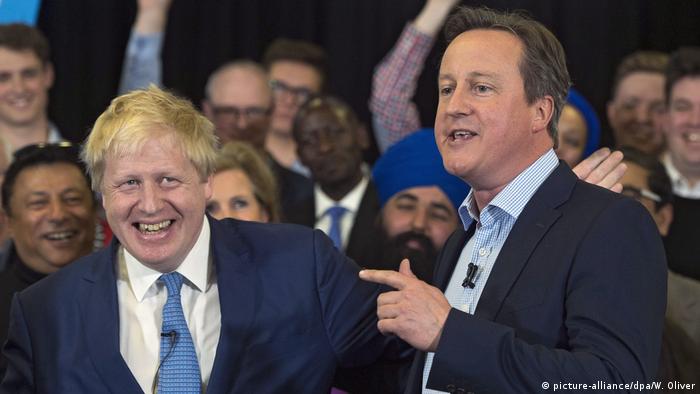 "The Cabinet Office is commissioning an independent review on behalf of the prime minister to establish the development and use of supply chain finance and associated activities in government and the role Greensill played in those," Prime Minister Boris Johnson's spokesperson said.

Johnson, who followed in Cameron's footsteps as prime minister for the Conservative Party, had already picked someone to lead the inquiry, saying he hoped it would be concluded promptly.

"This independent review will also look at how contracts were secured and business representatives engaged with government. It will be led by legal expert Nigel Boardman," Johnson's spokesperson explained.

Why is David Cameron being investigated?

The Treasury confirmed that Cameron had asked directly if Greensill could access the government's COVID-19 loan schemes when the pandemic began.

For his part, Cameron said that he had not broken any rules, but accepted that he should have pursued more formal channels.

He also said that because the request for access to loans was not taken up, his lobbying did not lead to any change in government policy.

Lex Greensill worked for the government between 2010 and 2016 as an advisor while Cameron was prime minister. Once Cameron left office, he in turn became an advisor for Greensill capital.

The firm collapsed into insolvency last month. The loss of investment from the firm into a key British steelmaker is threatening thousands of jobs there.

What was the political reaction to the scandal?

The firm's collapse triggered investigations by British media into the former prime minister's relationship with Greensill.

Significance and consequences of Brexit

Gordon Brown, a former Labour Party prime minister, reacted with outrage to the news, saying that current and former lawmakers should not be able to achieve personal gain from their political positions.

He worried that the scandal may sully the public's trust in politicians. "For me, there are principles about public service," he told the BBC.

"It cannot ever become a platform for private gain. Ministers must never be lobbying for commercial purposes," he said.

Bernard Jenkin, a lawmaker from the Conservative Party, who ran an inquiry into links between lawmakers and businesses, said that a culture of cultivating contacts for personal benefit after leaving office had been "building up for a long time."

"I think most of the public find that very questionable,'' Jenkin added.