A UK court has sentenced a Liberian-born nurse to 14 years for leading a sex trafficking ring that forced Nigerian women to work in German brothels. The nurse threatened her victims with voodoo magic to keep them quiet. 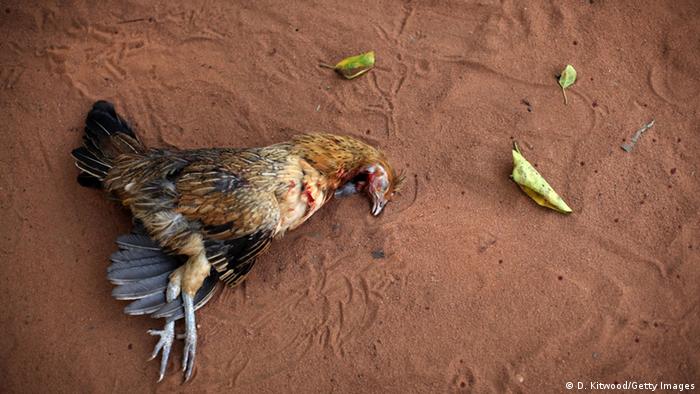 A Liberian-born British woman was sentenced to 14 years under UK's modern slavery law on Wednesday, after a jury found her guilty of running a sex trafficking operation and perverting the course of justice. The ruling in Birmingham is the first such conviction involving victims outside Great Britain.

The 51-year-old Josephine Iyamu, also known as Madame Sandra, recruited women from rural Nigeria. In Nigeria's Benin City, she set up an organization campaigning for better lives for women and families, allowing her to get in contact with vulnerable women. After selecting candidates for trafficking, she would promise them a better life in Europe.

Iyamu forced at least five Nigerian women to swear an oath of allegiance to her before starting their journey to the European Union. The women took part in a "juju" ceremony performed by a voodoo priest, which included them eating chicken hearts, drinking blood containing worms, and having their skin cut with razor blades. They would promise to pay Iyamu's gang up to €38,000 ($44,000) for their passage to Germany and to not run away or go to the police.

'You simply did not care'

The victims shared their experiences with the Birmingham court via a video link from Germany. The woman described the trip they took through North Africa and across the Mediterranean that put their lives in jeopardy.

"All five of your victims had to be rescued from the boat they were on, before being put into a camp in Italy," judge Richard Bon said during the sentencing on Wednesday. "You understood the potential dangers, you simply did not care."

After arriving in Germany, where prostitution is legal, they were forced to work in brothels. Iyamu demanded payments of at least €1,500 every month, threatening serious harm to the women or their families if the money stopped coming.

A brothel owner in the German city of Trier, however, alerted the police after suspecting that one of the workers had a fake passport. This prompted a joint effort by security forces in Germany, the UK, and Nigeria, with the UK police arresting Iyamu last August.

Despite being in jail, Iyamu continued her intimidation campaign against the victims, bribing law enforcement officers and arranging for relatives of the victims to be arrested in Nigeria. The incident led to her being convicted for perverting the course of justice.

The United Nations believes thousands of sex trafficking victims from Nigeria take part in juju rituals before starting sex work in Europe. The rituals serve to convince the woman their relatives would fall ill or die in case of their disobedience.

In March 2018, the traditional ruler of the kingdom of Benin within Nigeria (not the independent republic of Benin bordering Nigeria) Oba Ewuare II, revoked all juju curses extolled by sex traffickers. The ruler, who wields authority over spiritual priests in the region, also cursed sex traffickers and priests performing juju rituals for them.