It was 20 years ago, that rebels from the Lord’s Resistance Army abducted 139 school girls. Those who were rescued remain scarred by the past. 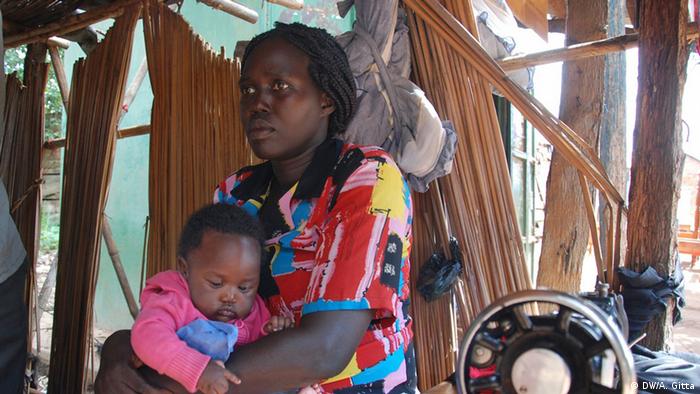 The mid-1990s were the years when the Joseph Kony's Lord's Resistance Army (LRA) was at its height. They attacked villages, towns and schools in northern Uganda and forcefully recruited up to 60,000 young boys and girls to fight for them.

"We had heard rumors and we had gone out of school to sleep in the villages," remembered Eunice Achiro a schoolgirl at the time. "But that day, I think the administration decided this time we won't go to the villages. After all nothing will happen."

On the October 9, 1996, a group of rebels attacked St Mary's College Aboke, a boarding school in Oyam District, northern Uganda. They kidnapped 139 teenage girls from their dormitories at night, an event similar to the abduction of the 276 Chibok girls by Boko Haram in Nigeria.

"It was terrible, it felt like a dream at first but then reality just dawned on me that this was real," said Achiro. The school's deputy headmistress, an Italian nun called Sister Rachelle Fassera, followed the girls and their captors and was eventually able to negotiate the release of 109 of them. Many of the girls were taken as sex slaves and wives of the commanders. Of the girls who weren't released at the time, some were later freed by the Ugandan army and some died in captivity.

Rejected by their communities

On their return from captivity, many were rejected by their own families and communities. Joyce Amono (pictured above), who today has a small tailoring shop in the town of Gulu, for instance, wasn't accepted back into her community. She was rescued after four years and has one daughter from a rebel commander. When she tried to go back home, she was considered unclean. She later had a relationship with a man, but once he found out that she was one of the kidnapped girls, he took off, leaving her pregnant again.

"I suffered in the bush, I have suffered since returning but I am a mother now, I have children and I can't change that," Amono said in an interview with DW. "Despite the sickness and all the pressure, I have two strong feet, I have to be strong and behave well for the sake of my children," she added. Amono received the sewing machine from the international NGO World Vision and was able to set up a small business to make a living. 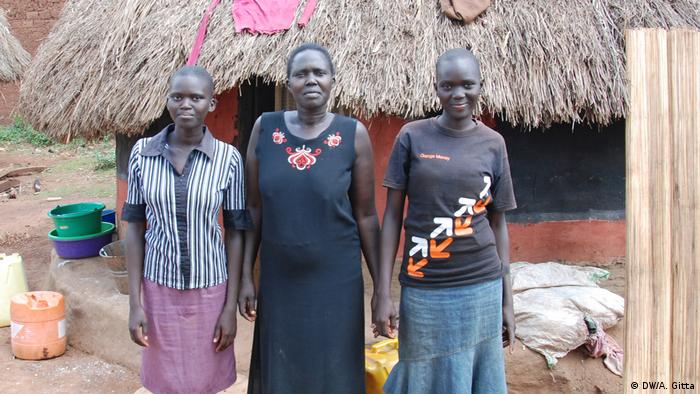 Anyira Constance (middle) is another survivor. Today she lives with her two daughters in Aboke village

Grace Achan is another survivor. She now works with the community based organization, Women's Advocacy Network, which fights for the rights of women affected by war in northern Uganda. "We need to get back our dignity that was lost and stay in the community like any other human being," Achan argued. "So many women are suffering, we don't have anything to eat sometimes and places to stay," she said.

Many of the women abducted by the rebels don't want to remember and talk about their experiences. Many say, that they do not want their children to know that their fathers were rebels. This weekend Uganda is commemorating the day of the abduction.

In 2006, Kony's LRA rebels fled Uganda and are now believed to be a small group based somewhere in South Sudan, the Democratic Republic of Congo or possibly the Central African Republic. One of the LRA's commanders, Dominic Ongwen is currently on trial for crimes against humanity and the International Criminal Court in The Hague. He himself was abducted at a young age.