UEFA considering an overhaul of the Champions League system

In a move that would bring European football closer to a Super League, UEFA is considering cutting the Champions League group stage down to 16 teams. If implemented the new system could arrive as early as 2018. 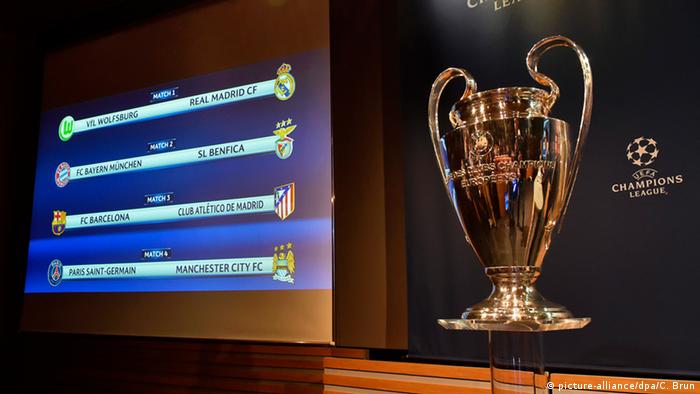 UEFA is considering a major shake-up in their Champions League structure in order to eliminate weaker teams earlier and create more high profile matchups. One possible change would be a new knockout phase followed by a 16 team group stage, with two groups of eight teams.

A UEFA spokesman told British newspaper “The Guardian,” “UEFA is in constant contact with all stakeholders, including the clubs, on all football matters. Therefore, any plans to evolve the format of our club competitions would be coordinated and negotiated together with them.”

The change could be officially announced as early as September and if implemented could be used for the 2018-2019 season.

The potential change can be seen as the first step towards a much talked about Super League. Senior executives from English Premier League clubs Chelsea, Manchester City, Manchester United, Arsenal and Liverpool met with Charlie Stillitano, chairman and co-founder of Relevant Sports, in London earlier this month. Though the executives denied any plans for a Super League, Stillitano, whose company runs the off-season International Champions Cup, recommended a change to the Champions League to keep traditionally dominant clubs playing one another, according to “The Guardian.”

“Who has had more of an integral role, Manchester United or Leicester? It's a wonderful, wonderful story (Leicester City closing in on the Premier League title) – but you could see it from Manchester United's point of view, too. It's the age-old argument: US sports franchises (which do not have relegation) versus what they have in Europe,” said Stillitano.

As the Bundesliga announced its turnover had grown for the 11th consecutive year, the DFL's chief executive has welcomed talks about the possibility of a European Super League. (27.01.2016)