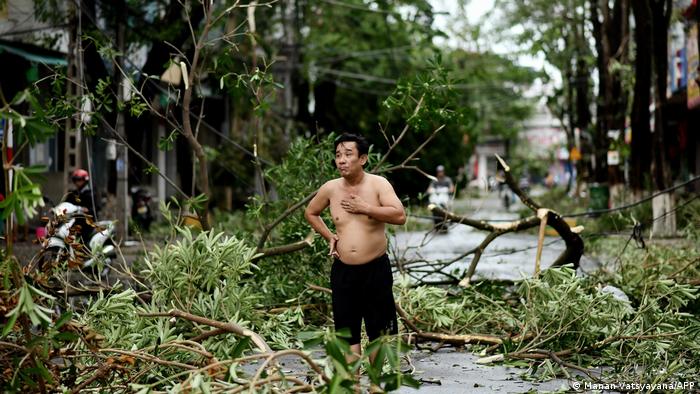 Described by authorities as Vietnam's worst storm in 20 years, it dumped rain on the central provinces of Quang Nam and Quang Ngai, triggering landslides.

Read more: In Vietnam, life in the shadow of climate change

Deputy Prime Minister Trinh Dinh Dung inspected rescue work Thursday at two villages, where 19 bodies had so far been found, with at least 38 other people missing.

"All means," including helicopters, would be deployed in the rescue efforts, he said, as crews with excavators tried to repair roads made inaccessible by the storm. 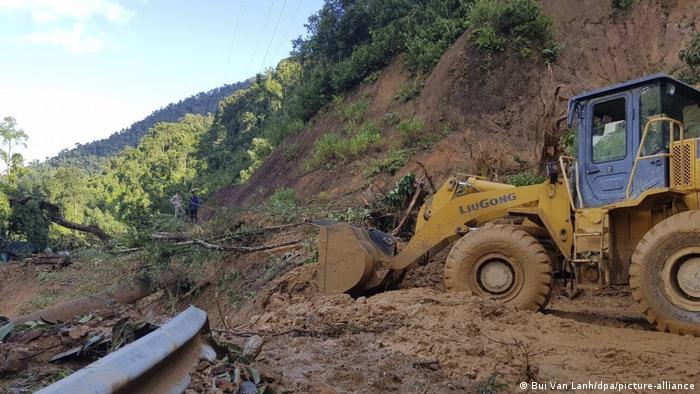 Crews of two fishing boats that sank off Binh Dinh province as Typhoon Molave approached are also still missing. The storm brought winds of 135 kilometers per hour (84 miles per hour).

Downpours until Sunday were forecast to amount to 700 millimeters (28 inches) of rainfall and local media said further landslides were likely.

At least 40,000 people had been evacuated to emergency shelters as offices, factories and schools were shut down to avoid casualties.

Vietnam had already been reeling from two bouts of flooding and landslides earlier in October that claimed at least 130 lives.

Last weekend, Typhoon Molave had swept across the Philippines, causing fatalities, making it the 17th tropical cyclone to hit the island nation this year. 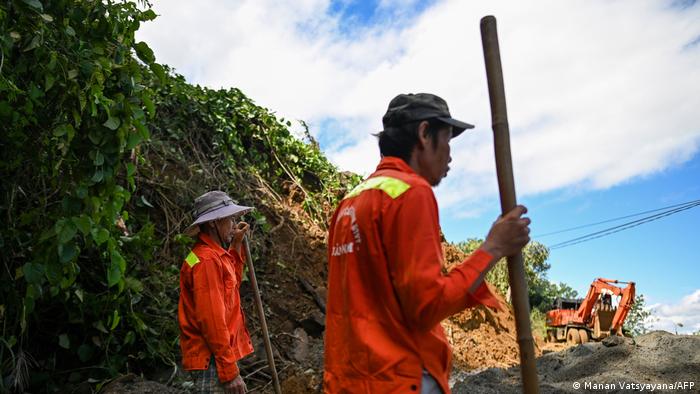 Indonesians, also prone to monsoon storms, were encouraged Thursday to use a "disaster" mapping tool to monitor floods, fires and earthquakes.

Indonesia was expecting a 40% increase in rainfall during the current monsoon season, said website director Nashin Mahtani, referring to an oscillation in Pacific Ocean weather between drier and wetter phases.

Torrential rainfalls hit parts of China causing rising water levels and landslides. Worst hit was the western Sichuan province, where 100,000 people living on the Yangtze river were ordered to leave their homes.