Officers from Berlin's mobile police unit say they have captured a pair of men thought to be involved in the theft of millions of euros worth of jewelry from a luxury department store. But questions remain. 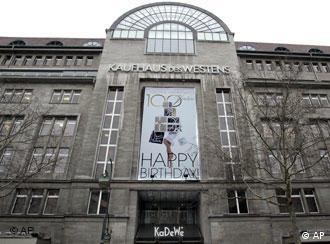 KaDeWe is one of Germany's oldest and most exclusive department stores

The suspected perpetrators, a pair of 27-year-old Lebanese twins, were apprehended in a town Rotenburg an der Wuemme in Lower Saxony. Police said that they were acting on a tip and had collected a variety of evidence.

The two men are considered primary suspects in the theft of millions of euros in watches and jewelry from Berlin's upscale shopping emporium KaDeWe. On January 25, at least three burglars entered the department store via a ladder through a window and took the valuables.

The heist was one of the most spectacular in postwar Germany and attracted considerable media attention, with some reporters comparing the robbery to the Alfred Hitchcock/Cary Grant film To Catch a Thief.

Surveillance cameras filmed the robbers as they removed the wares from glass cases, but police still wonder how the men managed to circumvent the department store's alarm system. 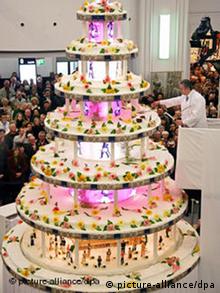 Getting past KaDeWe's security was no piece of cake

The case is far from over since at least one suspect is thought to be still at large. Authorities have speculated that someone who had worked either for KaDeWe or a security company may have helped the burglars evade the alarms.

Immediately after the robbery, a KaDeWe spokesperson was quoted as saying the department store's security was well above regular standards. KaDeWe had no comment about the two men's arrest.

Police investigations were initially diverted when two young men from Berlin were discovered at the main train station in Amsterdam, Netherlands trying to sell what they claimed was jewelry taken from KaDeWe during the heist.

That, however, later turned out to be a hoax. The two men were later freed from custody but will be required to pay police costs.

More than 200 mafia suspects were arrested in an international operation conducted by authorities in Italy, the United States, Mexico, Panama and Guatemala, Italy's anti-mafia department said. (18.09.2008)

Half of all German companies are affected by white-collar crime, according to a recent study. German companies lose more than 6 billion euros ($8.6 billion) each year due to corruption, embezzlement and fraud. (20.10.2007)