Twitter boss Jack Dorsey's iconic first tweet on the platform is up for sale at a digital memorabilia auction. Bidding for the tweet has already reached $2.5 million. 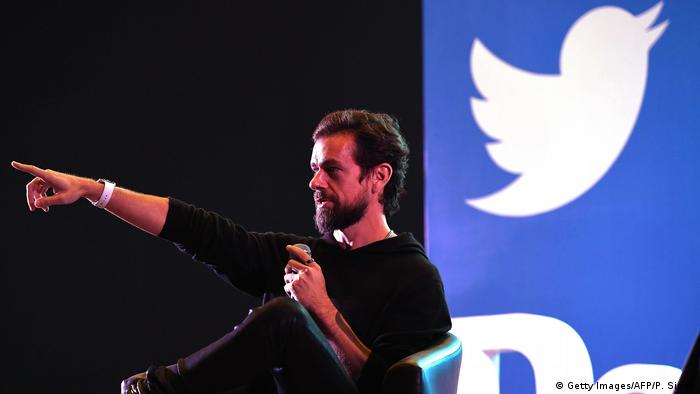 Founder Jack Dorsey's first-ever tweet is up for auction

Bidding had reached $2.5 million (€2.1 million) on Saturday, indicating the potential in selling virtual objects that have been authenticated through blockchain technology.

While old offers on the post indicate that it was put for sale in December 2020, the auction picked up momentum after Dorsey posted a link to the online marketplace "Valuables @Cent" on Friday.

Even after it is sold, Dorsey's tweet will remain online for all to see as long as he and the social media platform leave it up.

NFTs are digital files that act as digital signatures to certify who owns online media.

According to the "Valuables @Cent" platform, buying a tweet entails purchasing "a digital certificate of the tweet, unique because it has been signed and verified by the creator."

"There is only one unique signed version of the tweet, and if the creator agrees to sell, you can own it forever."

The popularity of NFTs has soared over the past few months. In February, prestigious auction house Christie's sold an entirely digital artwork.

The first text message in history — which reads, "Merry Christmas" — was sold by Vodafone at an auction in Paris. The telecom company said the proceeds will go to the UN's refugee agency.