Elon Musk says there are still unresolved questions about his takeover bid for Twitter. However, the board has recommended that shareholders accept the deal. 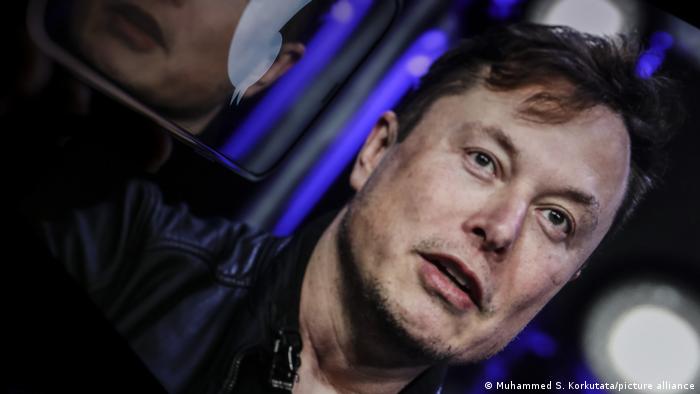 Twitter's share price has fallen steeply since the bid, which Musk continues to call into question

The board of Twitter unanimously recommended that shareholders accept Elon Musk's buyout deal in a filing with the US Securities and Exchange Commission on Tuesday.

The billionaire Tesla CEO is attempting to buy the social media giant for a price of $44 billion (€41.7 billion) in a deal that still faces several hurdles.

Twitter's board of directors told shareholders that it "unanimously recommends that you vote [for] the adoption of the merger agreement," in the regulatory filing.

The share price remains far below the price Musk is offering, indicating market skepticism that the deal will go through.

In a virtual meeting with Twitter employees last month, Musk reiterated his desire to buy the company after sending mixed signals about his intentions.

Speaking at the Qatar Economic Forum on Tuesday, Musk said there were still "very significant" questions about the number of fake users on the network.

"There are still a few unresolved matters," Musk said by video link. This includes whether "the number of fake and spam users on the system is less than 5% as per their claims, which I think is probably not most people's experience when using Twitter."

"So we are still awaiting resolution on that matter," he said, "and that is a very significant matter."

He added that he had questions about Twitter's debt and whether shareholders would vote for the deal.

"So I think these are the three things that need to resolved" to make the transaction happen, Musk said.