TV meteorologist Joerg Kachelmann is free to enjoy the summer sun until he comes on trial in September for allegedly raping his ex-girlfriend. An appeals court said it now comes down to "his word against hers." 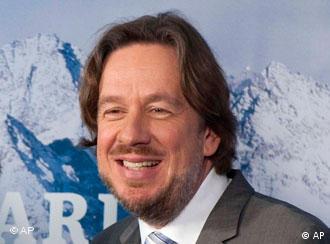 Kachelmann has denied the charges from the beginning

Swiss-born television meteorologist Joerg Kachelmann was released Thursday from police custody while awaiting trial on the charge of aggravated rape.

The regional appeals court in Karlsruhe explained that the prosecution only had one witness and that the case came down to "his word against hers."

The court believed that Kachelmann was not a flight risk and that the evidence against him did not warrant keeping him in pre-trial custody.

Kachelmann's lawyer, Reinhard Birkenstock, welcomed his client's release, saying that everyone was very pleased about the matter.

"It's my job to get unjustly detained prisoners out of pretrial custody, and that's what we managed to do today, thank God," Birkenstock told reporters.

The 52-year-old, who was detained for four months, will come on trial at a regional court in Mannheim beginning September 6.

Kachelmann has been in investigative custody since police arrested him at the Frankfurt Airport in March when Kachelmann returned to Germany from the Vancouver Olympic Games. Kachelmann stands accused of raping his former girlfriend - charges he has consistently denied.

The incident is said to have taken place in February at the woman's home in southwestern Germany. She brought charges, including accusations that Kachelmann had injured her neck with a kitchen knife, but the prosecutor only decided to arrest Kachelmann after investigations backed up the accusations.

Kachelmann is the owner of Meteomedia, the largest private weather forecaster in Germany. If he is found guilty of rape, he will have to serve at least one year in prison.

Germany's best-known weatherman has been imprisoned after his girlfriend accused him of rape. He denies all charges. (23.03.2010)

German weatherman gets a feline surprise

In the good old days it wasn't uncommon to see some pretty creative props employed by weathermen and women, but most of them were intentional and few of them were alive. (09.01.2009)