India is increasingly depending on expensive imports of crude oil. Because of this, the Indian government has declared the development of bio-diesel a national priority. German know-how is helping to achieve this goal. 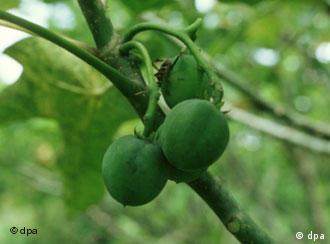 The nuts on this Jatropha bush can be made into valuable fuel.

In the Indian state of Orissa, Jatropha bushes stand in long rows on the dry brown soil of plantations. Jatropha, a hardy and robust plant species, can grow up to 10 feet high and survives with very little water.

Most importantly, though, the nuts within the fleshy fruit contain oil -- and this can be turned into high-quality diesel fuel.

Indian scientists are trying to do just this, with the support of experts from the German-U.S. automobile giant DaimlerChrysler and German researchers from the University of Hohenheim. In a five-year project, they want to prove that environment-friendly bio-diesel can be produced in India in adequate quantities using the Jatropha plant.

“The aim of this project is the sustainable production of bio-diesel on eroded land in India,” DaimlerChrysler’s Karin Thieman explains. “In India, we see the chance to support the production of locally produced eco-friendly fuel, which is carbon dioxide neutral.” Jatropha bio-diesel contains no sulfur and is thus a clean, low-emission fuel.

According to Thieman, DaimlerChrysler has already been able to gather some experience with bio-diesel in Germany. “There is a market there and you can buy it at many petrol stations,” she says. 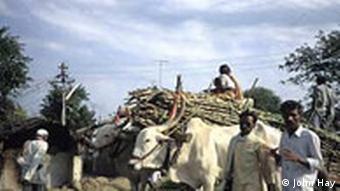 In India, however, this is a new development. “There is now a chance to make it possible for even rural and remote areas to have access to an energy source and to produce fuel,” she says. “We are opening up a whole new field and the Indian government is also observing the project with interest and is supporting the idea.”

For the Indian government, this development is a top priority. The number of cars sold has tripled between 1994 and 2000. Most vehicles and the Indian railways need diesel fuel. Currently, the subcontinent relies heavily on diesel fuel imported from abroad. But bio-diesel produced locally could soon be a viable alternative for modern engines.

Initial results of the pilot project have been promising. DaimlerChrysler tested the first samples of bio-diesel taken from the Jatropha plant in its laboratories in Germany and found it to be of high quality. 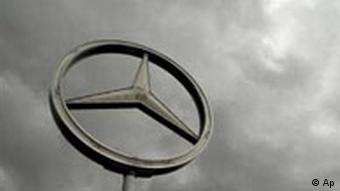 DaimlerChrysler also has an economic interest in the project.

But DaimlerChrysler would perhaps not be involved in this project without the backing of the German government. The company is operating in India within the framework of a so-called “Public Private Partnership”. It can rely on funds provided by the state-owned German Society for Investment and Development (DEG).

“The DEG supports this project by offering financial aid, which does not need to be refunded,” DEG’s Peter Peters explains. “Without this support, DaimlerChrysler would not be participating in the program. We are assisting an existing development initiative of the company, which, for them has an economic dimension.”

And the DEG aid is an added incentive for DaimlerChrysler. “What we do is say, ‘you’ll get additional funding from us if you go out of your way to do more in the context of an existing project,” says Peters.

If India’s goal of turning Jatropha into fuel becomes reality, it will result in both environmental and economic benefits for everyone involved.

Further information on the group and its activities.