Turkish Prime Minister Recep Tayyip Erdogan has offered condolences to the grandchildren of Armenians killed during World War I. The unexpected statement was the first of its kind made by a Turkish leader. 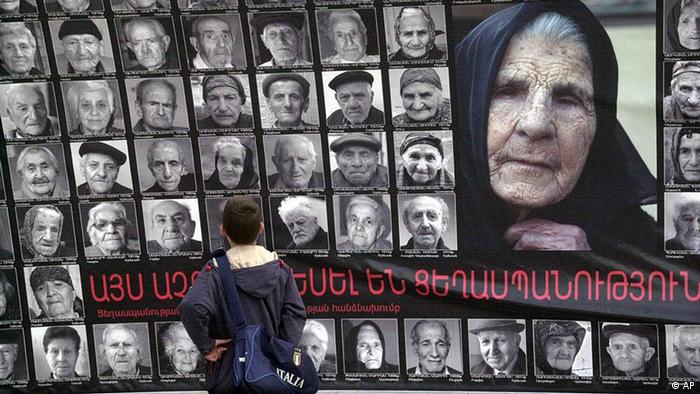 Prime Minister Erdogan's conciliatory message was issued on the eve of the 99th anniversary of the deeply contested deaths.

Describing the events of 1915 as "inhumane" and as "our shared pain," Erdogan used more conciliatory language than has often been the case for Turkish leaders.

Turkish media described the statement, which was translated into several languages including Armenian, as unexpected.

The killings are considered by many as the first genocide of the 20th century and, after almost a century, the events still fuel bitter controversy.

Armenia wants Turkey to recognize the killings of up to 1.5 million people under the Ottoman Empire as genocide. However, Ankara has categorically rejected the term "genocide" and insists 500,000 died of fighting and starvation during World War I.

"Millions of people of all religions and ethnicities lost their lives in the First World War," Erdogan said, adding that the events should not prevent Turks and Armenians from establishing compassion between on another.

"And it is with this hope and belief that we wish that the Armenians who lost their lives in the context of the early 20th century rest in peace, and we convey our condolences to their grandchildren," he added.

In his comments, Erdogan also repeated an earlier proposal by Turkey for a joint study of the events if 1915, involving academics from both countries.

Turkish Prime Minister Recep Tayyip Erdogan has said his government will "go after" Twitter and other online giants for tax evasion. He also attacked the country's top court, which has sided with the Internet firms. (12.04.2014)