The Turkish military claims its jets have shot down an "aircraft of an unknown nation" near the country's border with Syria. Initial reports suggested that the object was a drone. 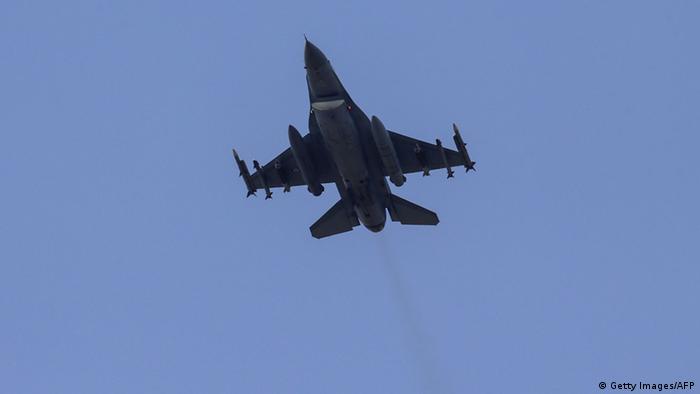 The Turkish military said on Friday that its warplanes shot down an aircraft near the Syrian border. Turkish television said the aircraft had been hit 3 kilometers (1.9 miles) inside the Turkish border.

The military said the aircraft had been "downed by fire from our aircraft on patrol, according to the rules of engagement." Officials said three warnings had been given, but that the object had not deviated from its path.

Television pictures showed military personnel examining the crash site. The location was not specified. Two Russian jets violated Turkish air space earlier this month, and Ankara has warned it would respond if the violations continued. Turkey also claims unidentified aircraft and Syria-based missile systems have been harassing its warplanes.

Turkish Prime Minister Ahmet Davutoglu warned earlier this month that Ankara would activate military rules of engagement irrespective of who violates its air space. "The Turkish armed forces are clearly instructed," he said.

The Russian defence ministry on Friday said all its planes in Syria had safely returned to base and all its drones were operating as normal. The United States suspects the aircraft was a Russian drone, an official told the Reuters news agency - cautioning that the information was still preliminary.