Rotterdam has joined a number of European cities blocking Turkish campaigning for a controversial referendum. Turkey's FM said Ankara would retaliate if his plane was denied entry to the Netherlands. 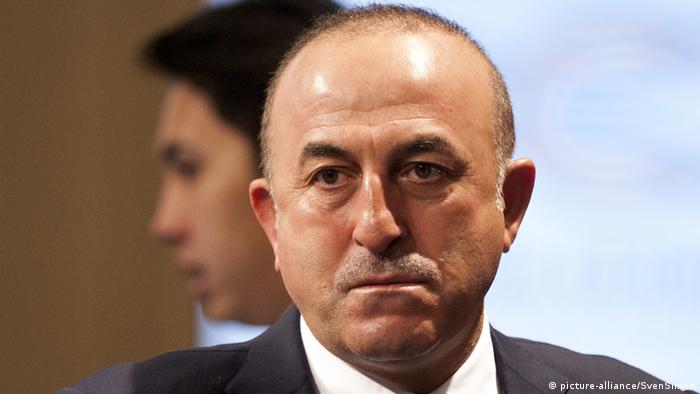 Turkey's foreign minister said he would fly to the Dutch city of Rotterdam on Saturday despite a ban on him addressing the Turkish community to boost support for a controversial referendum to expand presidential powers.

Ankara would impose political and economic sanctions on the Netherlands if his plane was denied permission to land, Mevlut Cavusoglu told CNN Turk before his departure.

Rotterdam earlier this week joined a growing number of cities in Europe, including several in Germany, denying permission for Turkish ministers to attend rallies to drum up support for next month's referendum, aimed at dramatically expanding President Recep Tayyip Erdogan's powers.

Dutch Foreign Minister Bert Koenders on Thursday said his country would not cooperate or facilitate Turkish government campaigning in the Netherlands, causing a diplomatic spat similar to that between Berlin and Ankara.

"We will not participate in a visit by a Turkish government official who wants to conduct a political campaign for a referendum," Koenders said.

However, Rotterdam Mayor Ahmed Aboutaleb told reporters on Friday that Cavusoglu had diplomatic immunity and would be treated with respect, "but we have other instruments to prohibit things happening in public spaces."

The feud with the Netherlands reflects broader tensions between Turkey and Europe, especially with Germany, after several cities there blocked Turkish ministers from addressing rallies, citing security concerns.

A number of Turkish officials, including Erdogan, have accused Germany of Nazi and fascist-like behavior and double standards on freedom of speech and democracy.  The German government has indicated that it does not intend to introduce a top-down ban on rallies following a constitutional court decision on Friday finding the government can legally ban Turkish officials from campaigning in Germany.

Cavusoglu accused Europe of campaigning for a "No" vote in the April referendum, suggesting the continent wanted to prevent Turkey from being "strong, stable and independent."

He claimed the German intelligence agency, police and the outlawed Kurdistan Workers' Party (PKK) "threatened" the owners of event halls to cancel a scheduled rally in Hamburg.

The comments play into the Turkish government's efforts to stoke nationalist sentiment ahead of next month's referendum, which according to several polls is leaning towards a "No" vote.

If the constitutional amendments pass the referendum, it would be a "dangerous step backwards" for democracy, a panel of legal experts from the Council of Europe said on Friday.

Erdogan is no longer recognizable as the reformer he once was, says his biographer. DW interviewed Istanbul correspondent Cigdem Akyol on the leader's Nazi statements and complicated relations with press. (09.03.2017)

Turkey has stepped up spying in Germany, says Berlin

Amid ongoing diplomatic unrest, German intelligence has reported an increase in Turkish spying in Germany. Turkey's Foreign Minister meanwhile has said Berlin "must decide whether Germany is a friend or not." (08.03.2017)