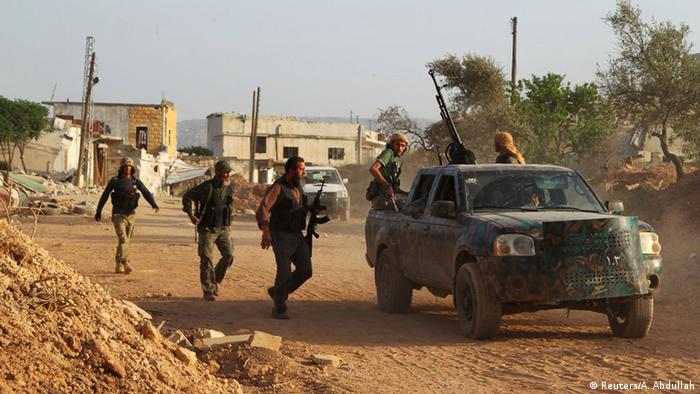 Istanbul prosecutors launched an investigation into the Cumhuriyet newspaper on Friday, hours after the center-left daily published the footage and video stills on its website.

The prosecutor said the paper's editor was being investigated for a potential breach of anti-terrorism laws. He also ordered a ban on the images, saying they were "contrary to reality."

The images purportedly show a convoy of trucks being stopped and searched by local security authorities in January 2014. The newspaper alleges the vehicles were part of a Turkish intelligence mission supplying weapons to rebels fighting to oust Syrian President Bashar al-Assad.

In the footage, inspectors accompanied by sniffer dogs can be seen apparently uncovering dozens of mortar shells stashed beneath boxes of antibiotics.

The Turkish government is yet to respond to Cumhuriyet's allegations, although it has previously said the convoy belonged to the state intelligence service and was carrying humanitarian aid to Turkmens in Syria. It has also denied sending arms to Syrian jihadist groups.

Turkish President Recep Tayyip Erdogan has labeled last year's interception of the trucks an act of "treason," orchestrated by his enemies to destabilize the government. More than 30 security officials involved in the searches are facing charges including military espionage and attempting to topple the leadership, according to court documents from last month.

"Those who illegally sent arms to a Muslim country have blood on their hands," he told AFP.

Meanwhile, Islamist rebels are continuing to make gains in Syria's Idlib province, bordering Turkey. The recent advances have brought the insurgents closer to Latakia, President Assad's ancestral homeland and a stronghold for his government.

Turkish police have arrested 20 people in an operation targeting President Tayyip Erdogan's rivals. The governor's office of Konya has said they are part of a "terror organization." (22.05.2015)