Turkish Cypriots will Sunday elect a government for their breakaway state, but the political deadlock gripping their community amid failures to reunite the island is unlikely to cease before presidential polls in April. 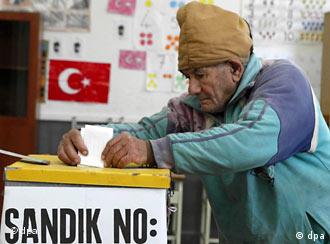 Will the vote spell an end to political uncertainty?

The self-proclaimed Turkish Republic of Northern Cyprus (TRNC) was forced to call early elections after the ruling coalition lost its slim majority in May and subsequent efforts to stitch together a stable government failed.

But opinion polls predict Sunday's elections will produce as fragmented a political picture as at the last general elections in December 2003, fanning concerns of continuing uncertainty in the isolated statelet. With no immediate hope of a breakthrough on the political scene, campaigning has been lackluster and excitement among the electorate marginal in the build-up to the polls.

"I do not think much will change and I do not understand why we are holding elections when there will be no change," Aydin Hikmet, a 64-year-old musician from the Turkish sector of Europe's last divided capital, said. "It is a waste of money."

Political stability in the TRNC is crucial for any revival of peace efforts to reunify Cyprus, which have stalled since a UN blueprint was voted down by Greek Cypriots despite overwhelming backing by the Turkish Cypriots last April. The outcome of the referendum ensured that only the internationally recognized Greek Cypriot side enjoys the benefits of EU membership since the island joined the bloc on May 1, leaving Brussels with a diplomatic hot potato. 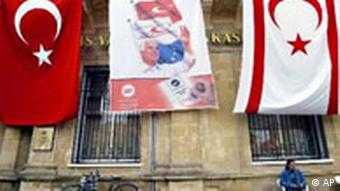 A Turkish Cypriot man sits in front of the flags of Turkey, left, and breakaway Turkish Cypriot State, with an election poster of the National Unity Party in the center, in the Turkish part of Nicosia, northern Cyprus, Saturday, Dec. 13, 2003.

"Turkish Cypriots eagerly cast votes both in the 2003 elections and the referendum with hopes for a settlement. "But their expectations were in vain and now they have next to no excitement for the upcoming elections," said 39-year-old engineer Levent Ozverel.

Settlement of the Cyprus conflict has become even more important for the European Union with Turkey readying to begin accession talks with the bloc on Oct 3. But observers say any fresh initiative to draw the island's communities back to the negotiating table would have to wait until after the April presidential election, when veteran TRNC leader Rauf Denktash is set to stand down.

Outgoing Prime Minister Mehmet Ali Talat's center-left Republican Turkish Party (CTP) looks set to garner 35.9 percent of the vote, according to a recent poll conducted by the KADEM research center and published in the Kibris newspaper. That would give the CTP 20 of parliament's 50 seats, well short of an outright majority and forcing it to craft yet another coalition. 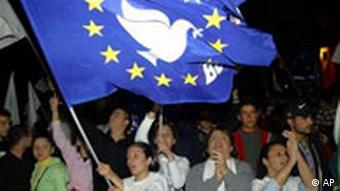 the pro-settlement Talat won 35.2 percent of the vote and formed a fragile coalition with the small center-right Democrat Party (DP). But he was forced to resign last October after his government lost its parliamentary majority shortly after the referendum on the UN plan.

"The Turkish Cypriots are not separatists. They want unification on the island," Talat told DW-RADIO.

The same KADEM poll predicted that Talat's main rival, the nationalist National Unity Party (UBP) would win 32 percent of the vote and retain its 18 seats in parliament. The DP is also likely to keep its seven seats, while the Peace and Democracy Movement -- close to Talat -- may lose one of its current six seats, according to the survey. The three other parties running in the elections would fail to pass the five-percent parliamentary threshold, the poll showed.

Cyprus has been divided along ethnic lines since 1974 when Turkey occupied its northern third in response to an Athens-engineered coup aimed at uniting the island with Greece. Turkey, which still keeps some 30,000 troops in the north of the island, is the only state to recognize the TRNC, which was founded in 1983.

Turkey and the EU's presidency struck an agreement Friday to end an impasse blocking the launch of EU membership talks with Ankara, a Turkish diplomat said. (Dec. 17, 2004)

With Cyprus the main remaining stumbling block to Turkey’s EU accession, DW looks at the background of the long-running dispute. (Dec. 17, 2004)