Kurdish representatives have adopted a joint declaration calling for an autonomous region in southeastern Turkey. This comes amid growing tensions in the region. 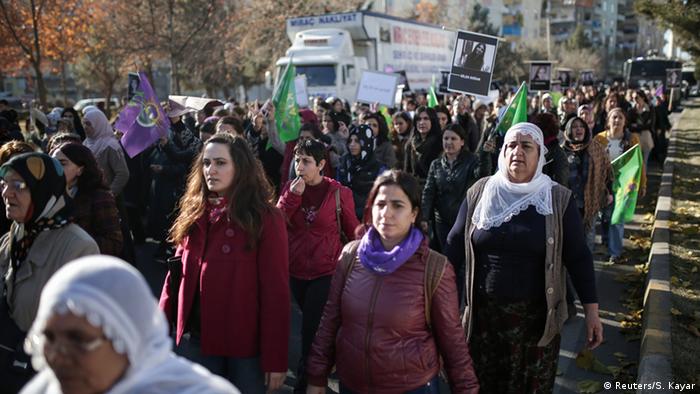 The Democratic People's Congress (DTK), the largest political forum gathering Kurdish non-governmental organizations in Turkey, adopted a 14-article declaration on Sunday, laying out for the first time the main principles of their demand for self-rule.

The document suggested creation of autonomous regions in southeast Turkey, but also stressed that this goal would be reached through negotiations, by achieving a democratic constitution, within a democratic Turkey.

Professor Mesut Yegen, scholar at Istanbul's Sehir University, said that the congress had adopted a moderate but significant declaration, which would guide discussions in the weeks ahead.

"The declaration embraces the ongoing resistance in cities in the region but still defines the Kurdish struggle as a struggle within Turkey, for more democracy in Turkey," Yegen told DW, adding that the Kurdish movement had for the first time provided a detailed text of its desire for autonomy.

"I have to say that I had expected that the ideas favoring a sort of breaking away from Turkey would have prevailed. But the Kurdish movement has declared that it will continue its struggle countrywide and within Turkey, as part of a struggle for democracy within Turkey," he added.

Yegen underlined that the declaration has shown that the Kurdish movement remains committed to peace process, as defined by imprisoned PKK-leader Abdullah Ocalan from 2013.

"The Kurdish political movement knows that a lot of Kurds would not favor a breakaway. Both Kurds and Turks would have to pay a heavy price. Everyone sees what is happening in Iraq and Syria," he said.

The peace process between Turkish government and the Kurdish Worker's Party, PKK, which was aimed at ending three decades of conflict costing some 40,000 lives, was shelved in July.

Several Kurdish towns and districts in southeastern Turkey have been under a 24-hour curfew for weeks as the military carries out operations against PKK-affiliated militants who have built barricades and trenches to keep security forces out, residents have been protesting against violence (see picture above from demonstrations in Diyarbakir on December 25).

The government in Ankara has vowed to root out every last "terrorist" from Turkish soil and accused Kurdish politicians of provoking the violence.

Mesut Yegen said Turkish government's policy lacked any comprehensive strategy and both sides would likely to face growing pressure for the resumption of peace talks.

"Turkey is not in a position to endure more clashes or tensions. I believe that the negotiations will restart at some point," he said.

Berkay Mandiraci, an expert on Kurdish conflict at the International Crisis Group (ICG), an NGO dealing with armed conflict, said the results of the Democratic People's Congress may contribute to a political solution to the conflict, but he also underlined that more flexibility was needed on both sides.

"If both sides don't show a constructive stance, the war in southeast Turkey may expand. It seems that Ankara has started to understand that a military option won't solve the problem. Negotiations will have to start," he said. 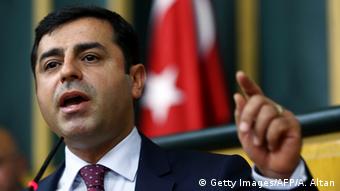 The ball is in Ankara's court

According to ICG researcher Mandiraci, the current AKP government holds the key to finding a solution.

"In resolving conflicts, powerful governments do play a role, do make a difference. And in Turkey we have a strong government. The AK Party came to power as a single-party government with a sweeping victory in the election in November,” he said.

"But it is disappointing that Prime Minister Ahmet Davutoglu has cancelled a planned meeting with the pro-Kurdish HDP party, suggesting its politics are rooted in violence … [T]he government must revise this decision. It is not wise to isolate HDP and its supporters. It is important that the AK Party government includes them to the process of forming a new constitution," he added.

Mandiraci also stressed that de-escalation in southeastern Turkey and the return to negotiations were also in the interest of Turkey's Western allies, which have recently focused their efforts on fighting the "Islamic State."

Turkey's prime minister has refused to include Kurds in talks for a new constitution amid a dangerous uptick in violence in the country. A prosecutor has opened an investigation into the country's top Kurdish politician. (28.12.2015)