Local hacking groups have popped up all over the world in the wake of the rise of WikiLeaks and Anonymous. Turkey's hacker scene has caught the government's attention. 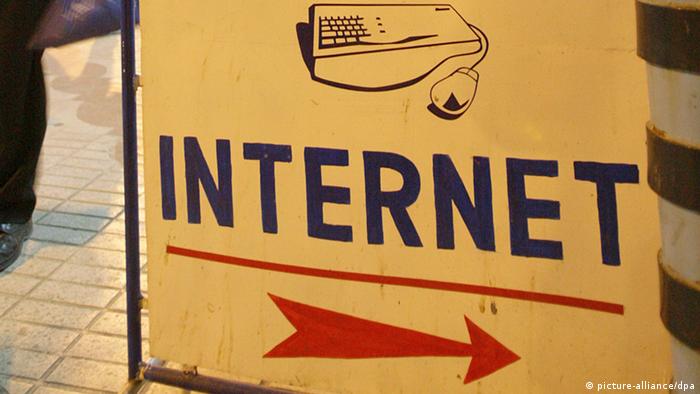 A narrow stairway leads to a small room, crowded with dozens of wooden cubicles, quiet and well-lit - it's not hard to find an Internet café in Istanbul. Just turn off the main thoroughfare and down any of the smaller side streets and look up. Red neon signs flash "Internet" or "Chat" - the "A" cleverly turned into an @.

The cafés have increasingly become a focus in Turkey's Internet war as the Turkish government grapples with mounting attacks from hacker groups. Now, government agents go to Internet cafés like this one to recruit Internet-savvy kids.

Recently a group of young people were swapping stories in an Internet café, when the police appeared and showed one of them names and passwords, says Baris Isik, co-founder of Alternative Information, a pro-hacking and free speech organization in Istanbul. "They asked him, 'do you want to be a hacker?'" Isik told Deutsche Welle.

He calls hackers who work for the government "lamers." 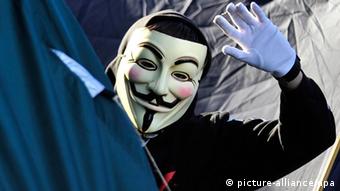 On the other side are the hacktivists, Isik says: groups of political hackers.

The main hacktivist group in Turkey is Red Hack, a left-leaning collection of affiliated hackers who leak information about the Turkish government.

There is very little information about the group. It's not known how many members it has, or whether someone is in charge, or where exactly the group is located. Some people describe Red Hack as a digital Robin Hood, some as an Internet thug.

"We think that they are some good old friends, doing their job somewhere, but we don't know," Isik says. But people do know what Red Hack has done.

Istanbul hackers like to gather at Hacker Space. At the end of a short alleyway, a few little girls ride around on their bikes. "HS" is spray-painted in neon orange on a broken concrete wall. The front of the office is glass, and through it, you can see two men typing away on computers. The office is clean, furnished with a few tables and some bookshelves. There is pile of mineral water bottles waiting to be recycled.

Furkan Mustafa, a young man with kind, brown eyes and a bushy beard, helped start Hacker Space because he wanted to teach people to use technology and meet fellow hackers. Furkan says he had been messing around with computers since he was a kid. He once rewired a USB port on his laptop to be a bluetooth device, he said: "When you hack something, it's really exciting. It feels like you need to show it to everybody."

Hacker Space doesn't do political hacks. Most of them are programmers or website designers who regard hacking as a legitimate way of improving existing systems.

"If you pour oil on your pants, you have to put salt on the stain; then you have hacked that stain," says Murat Yilmaz, another founder of Alternative Information. "If your mother uses ice cream containers to store food, your mother is a hacker too, because she hacked the system." 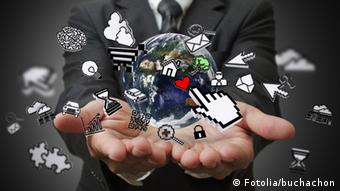 The Turkish government has tried to put a stop to the leaks. They reported the arrest of seven Red Hack members. But on Twitter, Red Hack responded that the people arrested were innocent.

Ozgur Uckan, a professor of economics and political science at Istanbul's Bilgi University, explains that snuffing out hackers is much more difficult than stopping a political organization. Hacker groups, Uckan explains, are not like spiders - they are like starfish.

Hackers, it seems, are here to stay.

And according to Uckan, their contribution to society is not to be underestimated. "Without hackers there is no progress at all, there is not technology at all," the professor says. "Because curiosity is imagination, and imagination is free."

Attacks on communication systems, cyber espionage, military hackers - security experts and top businesspeople have discussed these very real threats at the Cyber Security Summit 2012 in Bonn. Which strategies are best? (11.09.2012)

Internet blogs were abuzz on Tuesday with a claim by hackers that the American FBI had collected personal data of millions of cell-phone and digital tablet users. In response, the FBI said "we're not commenting." (04.09.2012)