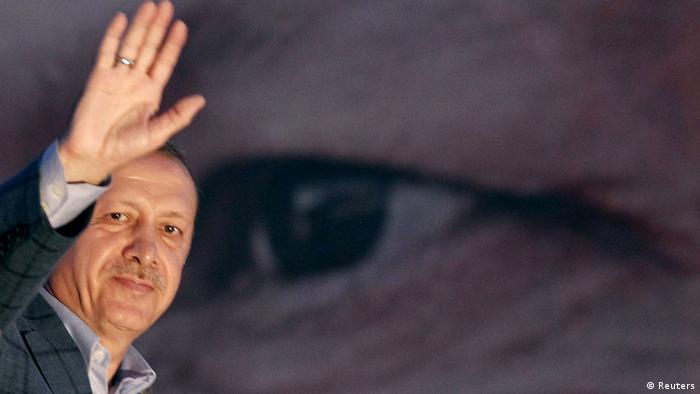 When Recep Tayyip Erdogan was elected Turkey's new president (10.08.2014) with 52 percent of the vote, it wasn't long until the obligatory, politically correct congratulations from all over Europe trickled in. German Chancellor Angela Merkel stressed Turkey's great importance in a difficult region. But European Commission leader Jose Manuel Barroso and European Council President Herman Van Rompuy shouldn't hold their breaths while waiting for President Erdogan to fulfill their hopes for reconciliation in the country.

After his victory speech, Erdogan had said he wanted to start "a new era," adding the "debates of the past" would be left behind. But so far, he has failed to follow up his words with actions. Before his official inauguration, he threatened to stay away from the ceremony marking the new legal year on September 1 if Metin Feyzioglu, the chairman of a Turkish lawyers' group, spoke at the event. Three months ago, Erdogan interrupted a speech by Feyzioglu, saying the lawyer's remarks were political and full of untruths, and ultimately Erdogan stormed out.

But the board of the Court of Cassation didn't rule in Erdogan's favor: "If we didn't allow Feyzioglu to speak, we would have been acting against the European Convention on Human Rights and against freedom of expression as stipulated in the Turkish Constitution," a member of the court of cassation told DW on the condition of anonymity.

Meanwhile, academics have argued whether - and if so, to what extent - Erdogan is bending the constitution or even outright violating it if he continues to engage himself in his Justice and Development Party's (AKP) activities, which has an absolute majority in parliament. According to Turkey's Constitution, a president is supposed to be neutral when it comes to domestic politics.

His predecessor, Abdullah Gul, understood that he was meant to fill a representative role, and carried out his presidential duties accordingly. He distanced himself from the AKP and tried to establish good relations with opposition parties. 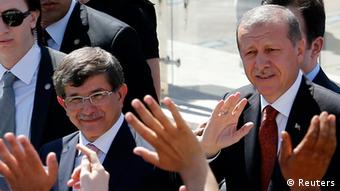 But things are very different with Erdogan, said Ibrahim Kaboglu, a professor of constitutional law at Istanbul's Marmara University. He said Erdogan was carrying out a "constitutional coup."

"Erdogan's term as prime minister ended on August 15 with the official announcement of election results by the High Election Board," Kaboglu said. He sharply criticized Erdogan for remaining at the helm of Turkey's government while also claiming the presidency. By doing this, Erdogan is in clear violation of the 1982 constitution, he said.

However, the government refuses accusations of bending or breaching the constitution. AKP spokesperson Huseyin Celik said the party's governing bodies didn't see any legal reasons why Erdogan couldn't stay on as prime minister after he was elected president. "He is going to work closely with his successor as head of government, Ahmet Davutoglu," Celik said.

Burhan Kuzu, head of the constitutional committee in parliament, addressed Erdogan's "psychological weight:" "He is a charismatic politician and is going to overshadow his successor Davutoglu. But this doesn't mean that he is going to limit his sphere of influence."

Political scientist Ayse Ayata of Ankara's Middle East Technical University (METU) said Erdogan simply creates his own order. "He does whatever he wants to do and doesn't care about the constitution at all," she said. She said she expects tensions to rise: "Turkey is now an autocratic regime that's supported by the majority. The hands of opposition parties are tied. Erdogan won't deem it necessary to account for his actions and is going to rule the country and the people in an authoritarian regime." 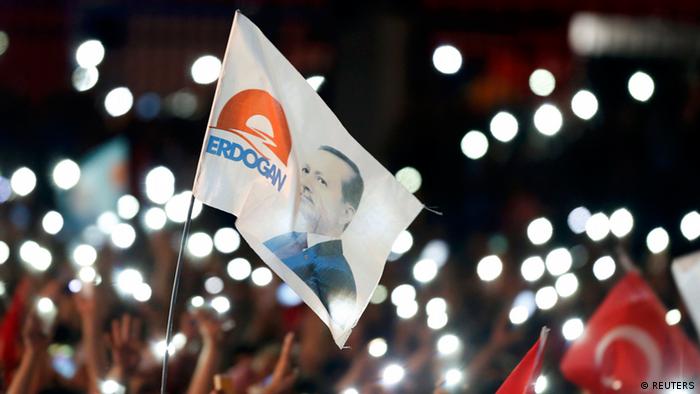 To what extent is President Erdogan going to meddle in government affairs?

The AKP now holds 313 of 537 seats in parliament. The next parliamentary elections are scheduled to take place in about a year. Before Erdogan's victory, it was rumored that he wanted to move parliamentary elections to an earlier date, but this no longer seems seem to be on the agenda. In order to change the constitution to meet his demands and to install his desired presidential system, the AKP needs at least 330 seats to set up a referendum. It would take 367 seats to change the constitution.

According to Kuzu, Erdogan's announcement to become "a sweating, running president" doesn't necessarily mean that he is going to take over from the government, he said.

But Erdogan doesn't need to fear too much resistance. Allegations of corruption - against him, his family and close political friends, which have played an important role in the run-up to elections - have been swept under the rug for now. And opposition parties such as the left nationalist Republican People's Party (CHP) and the Nationalist Action Party (MHP) are underrepresented in the Grand National Assembly as well as civil society groups. They all can just stand by and watch how Erdogan transforms Turkey into a one-party state under his reign.

Recep Tayyip Erdogan is going to meddle with Turkish domestic and foreign politics despite his role as president traditionally being a politically neutral one, says political scientist and columnist Soli Özel. (28.08.2014)

Controversy over judicial reform in Turkey

The Turkish constitutional court has ruled that parts of Prime Minister Recep Tayyip Erdogan’s judicial reform are unconstitutional. Erdogan is angry, but it’s not the court's first ruling to go against him. (17.04.2014)