Prosecutors have issued arrest warrants for 35 journalists for their alleged links to exiled cleric Fethullah Gulen. Intellectuals are fleeing the country as rights advocates warn the government is being overzealous. 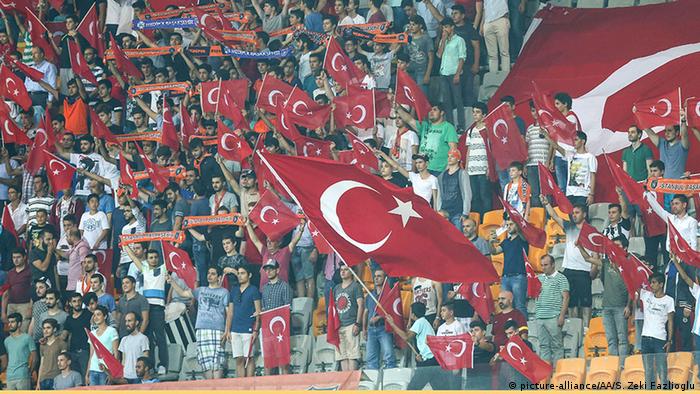 Turkish authorities arrested nine journalists, several governors and one police chief Tuesday in their latest crackdown on supposed opponents of the regime, nearly seven weeks after a failed coup attempt that left over 270 people dead.

Istanbul prosecutors issued arrest warrants for 35 journalists in connection with their alleged ties to the renegade army units that tried to overthrow President Recep Tayyip Erdogan on July 15, the Hurriyet newspaper reported.

Capkin was detained in the western city of Izmir, according to the Anadolu agency.

Journalist: no faith in Turkish judiciary

The journalists arrested Tuesday were accused of promoting pro-Gulen propaganda, Hurriyet reported. They were apprehended in Istanbul, the capital Ankara and the western city of Kocaeli.

Many intellectuals are looking to leave Turkey and 18 of the suspected journalists already have, while eight others are still being sought by police, according to broadcaster NTV.

Turkish President Recep Tayyip Erdogan has accused Gulen of masterminding the putsch, a claim he vehemently denies. Gulen fled Turkey many years ago and has been living in self-imposed exile in the US state of Pennsylvania since 1999.

Turkey is demanding that the US government extradite Gulen.

Since last month's aborted coup, Ankara has purged tens of thousands from the police, judiciary, education, business and media to rid the country of what Erdogan calls the "virus" of Gulen's influence.

In all, some 35,000 people have been detained for questioning and more than 17,000 of them have been formally arrested to face trial.

Tens of thousands more with alleged ties to Gulen have either been suspended or dismissed from their jobs in the judiciary, press, education, healthcare, army and local government.

Human rights organizations and Turkey's Western allies have raised concerns that Ankara is being overzealous in its crackdown, and have urged caution.

Former US Ambassador to Turkey James Jeffrey spoke to DW ahead of Vice President Joe Biden’s visit to the country. He discussed Turkey's recent coup attempt, Fethullah Gulen and the US-Turkey relationship. (22.08.2016)

Ankara calls on US not to sacrifice bilateral relations over Gulen

Turkey's Justice Minister Bekir Bozdag has warned the US not to sacrifice bilateral relations for the sake of Pennsylvania-based preacher Fethullah Gulen. Ankara blames Gulen for the July 15 failed coup. (09.08.2016)