A Turkish court sentenced three Syrians to life imprisonment over their role in the 2016 suicide blast that killed 12 German tourists. The bomb targeted the square between the Blue Mosque and Hagia Sophia in Istanbul. 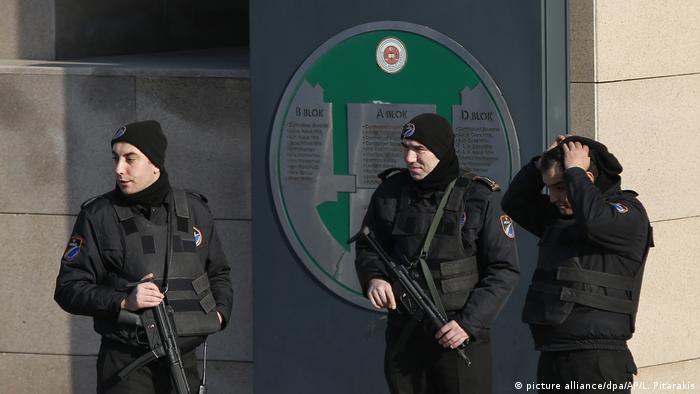 Turkish judges sentenced three Syrian nationals to life in prison on Tuesday for their involvement in the deadly Istanbul bombing in January 2016, with the court saying that the blast amounted to an attempt to violently overthrow the constitutional order.

Prosecutors claimed the defendants helped smuggle the 28-year-old suicide bomber from Syria into the country, as well as the explosives used in the terror strike that killed 12 German tourists in Istanbul. The attacker posed as a refugee. Peruvian officials initially said that one of their citizens was also killed, although later reports contradicted this claim.

The court handed out "aggravated" life sentences, which carry harsher prison conditions. According to local media, the defendants also received 329 additional years for accessory to killing multiple people and possession of explosives.

Ankara blamed the blast on the "Islamic State" (IS) group. However, the terror militia never claimed responsibility for the strike and the defendants have denied their involvement.

Organizers on the run

The court also sentenced an Iraqi national over membership in the IS terror group, but the man was released due to the time he had spent in pretrial detention. Another 18 suspects had been released due to a lack of evidence.

Turkish authorities said four other people, including the alleged organizers of the attack, remained on the run. One of them, a high ranking IS member, is believed to be in Iraq.

While most of the casualties were German, Berlin has claimed that there was no indication that the attacker specifically targeted German nationals. The blast took place on the historic square between the Blue Mosque and Hagia Sophia, which is visited by thousand tourists every day.