Max Zirngast was arrested last week in Ankara and questioned about his research on left-wing Turkish politicians. The Austrian government demanded an explanation for his detention and called on Turkey to release him. 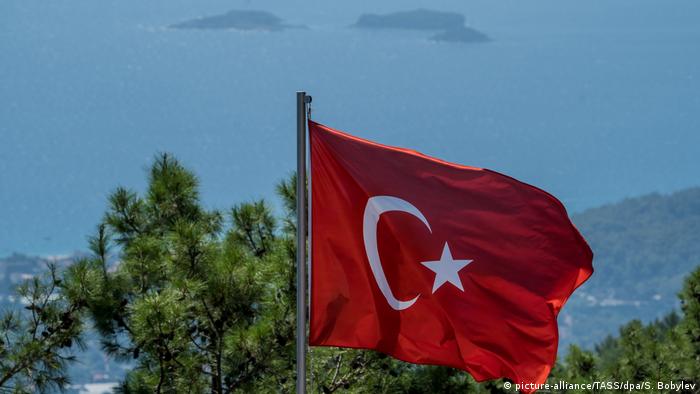 A 29-year-old Austrian was charged with membership in an illegal organization by a Turkish court, his lawyer said on Friday. The journalist Max Zirngast was detained on September 11 in Ankara and has since been in the custody of an anti-terrorism police unit.

Zirngast stands accused of being a member of the Turkish Communist Party (TKP)/Kivilcim group, which Turkey has banned and considers a terrorist organization. The Kivilcim group is different from the TKP, the Turkiye Komunist Partisi, which is a legal political party in Turkey.

The Austrian journalist had recently graduated from the Middle East Technical University in Ankara, where he studied political science and philosophy, according to his lawyer Tamer Dogan.

Trouble over his research

Turkish police asked Zirngast about books in his possession written by left-wing intellectuals. The student replied that he had books of different political stances and literature texts.

Dogan said Zirngast had previously researched Hikmet Kivilcimli, a Turkish communist leader and Marxist intellectual, and was confronted by authorities about the reasons why he had done so. The Austrian told them it was for a university presentation.

"Max has no links with any illegal organization," Dogan said, adding the he rejected the charges against him. "He is a journalist working in the scope of the law," the lawyer insisted.

But in the past, the 29-year-old journalist Zirngast had written articles critical of Turkish President Recep Tayyip Erdogan and also published articles on the outlawed Kurdistan Workers' Party (PKK).

Since the July 2016 attempted coup against his regime, Erdogan's government has embarked on a wave of arrests and convictions of journalists for alleged terror links. Human rights activists have condemned Ankara's efforts as violations of freedom of expression.

Zirngast's original detention was condemned by the Austrian government. Chancellor Sebastian Kurz has previously called for his release, demanding clarification from Turkey on the matter.

Mesale Tolu is now free to leave Turkey, but the trial against her will continue. Her husband must remain in the country to face similar charges. (20.08.2018)