Turkey assures Europe on Syria | World | Breaking news and perspectives from around the globe | DW | 22.10.2012

Turkey’s EU ambassador has dispelled concerns about unilateral Turkish intervention in Syria, but says he's disappointed by the stance of world powers and wants to see more concerted efforts to help refugees. 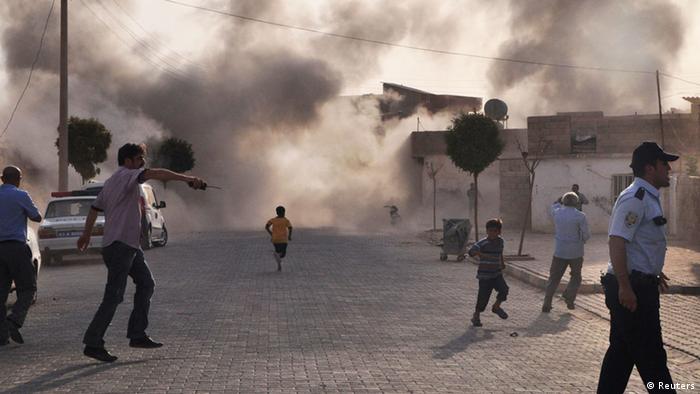 At a recent two-day conference organized by the Southeast Europa Association (SOG) in Berlin, a high-ranking Turkish diplomat said his country would not take unilateral action on Syria, despite Ankara's increasingly hawkish stance.

"Our red lines on Syria have been crossed already. But our hands are tied," Turkey's ambassador to the EU, Selim Yenel, told diplomats, politicians and experts during the conference. "As long as the UN Security Council is stuck with the Russian and Chinese vetoes, we can't do anything. That's the problem," he said.

The growing tensions on the Turkey-Syria border, coupled with an increasingly assertive Turkish foreign policy, have raised concerns in European capitals that Ankara would take unilateral action on Syria, a development that could escalate the crisis beyond control.

Earlier this month, Syrian forces shelled Turkish territories during clashes with rebels on the border area and Ankara pushed a bill through parliament that authorized it to send in troops, opening the way to unilateral action. Faced with growing security risks from Syria, Turkish armed forces have continued intensifying their deployment along the Syrian border.

Ambassador Yenel's remarks in Berlin brought some relief to German diplomats and politicians. Gernot Erler, former state minister at the German Foreign Ministry, said the Kurdish movement in Syria, and Turkey's perception of a threat here, had been his main concern.

"I can't exclude that we will see some military conflict in the region with a hidden agenda - a hidden agenda regarding the Kurdish question for Turkey," Erler, deputy leader of the Social Democratic Party's parliamentary group, told DW. "After the discussion we have heard here tonight (with the Turkish ambassador) I am a bit more relaxed about that. But nevertheless Germany is really concerned about the development in this area," he said.

As the Syrian crisis deepens, Turkey is facing deteriorating stability in its neighborhood and growing security risks, including the risk of a Kurdistan Workers' Party (PKK) -controlled Kurdish state in its immediate neighborhood. Turkey has been pushing for a quick international action on Syria to facilitate transition of power and democratic change, while providing support to the Syrian opposition groups, as well as the Free Syrian Army. 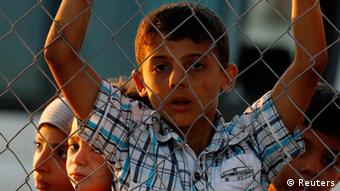 Turkey is struggling to cope with the influx of Syrian refugees.

It's also trying to cope with the influx of Syrian refugees, whose numbers have exceeded 100,000. The Turkish government has been asking for international support to establish a militarily backed "no-fly zone" or "safe havens" in Syria. A no-fly zone would allow protection of the Syrian refugees inside the Syrian territory, but would also provide a safe haven for the rebels.

So far Turkey has failed to receive strong international support to establish such safe havens in Syria and an escalation of the tension in the border region has prompted speculation about a unilateral move by Ankara.

"If Turkey went in itself, everybody who had been crying out for some sort of action would immediately criticize us about why we did it," Yenel said. "They would have asked, is it Neo-Ottomanism or whatever? Immediately we would find that nobody is with us. We would be all alone."

The Turkish ambassador stressed that concerted action and international support is needed to end the great human tragedy unfolding in Syria before the eyes of the international community. "We are watching and we are just frustrated that we can't do much more," he said.

His remarks are the most forthright expression of Turkey's frustration so far with the reluctance of Western powers to get too deeply involved in Syria.

Turkey's main disappointment has been with its close ally, the United States, as the Obama administration has refrained from pursuing an assertive policy on Syria ahead of the presidential elections in November. 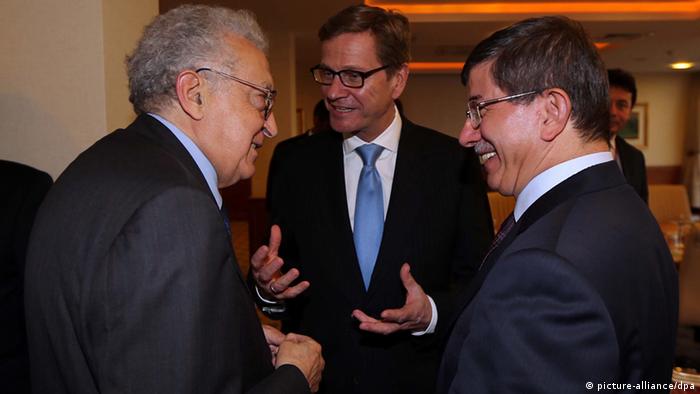 Germany says Turkey can count on its support in the Syria crisis.

While many analysts see Turkey increasingly isolated in the Syria crisis, Germany is maintaining a very close dialogue with the Turkish government. During a recent trip to Istanbul, German Foreign Minister Guido Westerwelle extended his solidarity but he also urged the need for prudence and a de-escalation of the tensions.

"Turkey is not isolated in this crisis," Ambassador Nikolaus Graf Lambsdorff, the German Foreign Ministry's Special Envoy for Southeast Europe, said during the SOG conference in Berlin. "Turkey has done a commendable and very good job of informing its NATO allies on what is happening, and it is clear that NATO stands at the side of Turkey," he said.

Although the Syria crisis has raised questions about Turkey's more active foreign policy and its "zero problems" strategy as envisioned by Turkish Foreign Minister Ahmet Davutoglu, Lambsdorff pointed out that positive contributions of this strategy had clearly surpassed its shortcomings.

"It seems that Turkey is moving according to the principle of trial and error and being sometimes overly optimistic or overly ambitious," he commented. "It was maybe too optimistic to believe close relations with an autocratic regime could lead to a relationship based on thrust and shared values," Lambsdorff said, referring to the Turkish government's failed attempt to promote change in Syria through dialogue. "Now Turkey is in a very difficult situation."

Turkey's Erdogan government had long been a close ally of the Assad regime but now feels betrayed by the Assad regime. According to Lambsdorff, despite zigzags in Turkey's Syria policy, the current crisis is not the failure of Davutoglu's zero problem strategy and this should not overshadow the importance of Turkey's policy of enhancing economic and political relations in its neighborhood and creating stability.

"Turkey has been in a very difficult neighborhood," Lambsdorff said. "Therefore I find criticism of the zero problem policy, simply saying 'what do you mean zero problems, there are a lot of problems,' unfair … of course there are a lot of problems. But that's not Turkey's fault," he said. "We must and we do acknowledge Turkey's positive role with regard to Syria and the Arab Spring in general."

The view that Turkey misgauged the conflict with Syria is gaining force as skirmishes continue, threats are being exchanged and more grenades are flying. (13.10.2012)