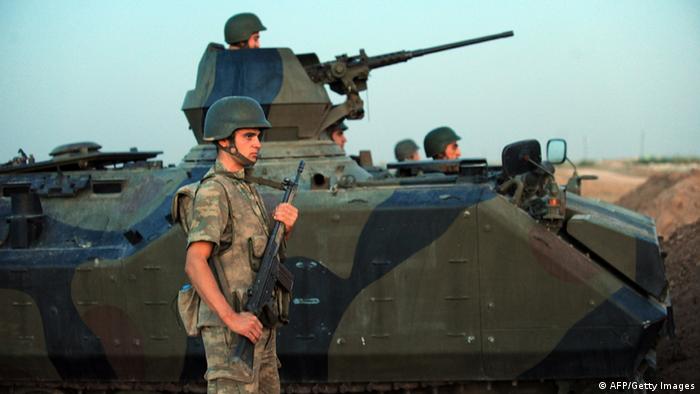 The escalation of the crisis with Syria has forced Turkey's Islamic-conservative AKP government to adopt a more aggressive stance on foreign policy and added to the worries of a broader conflict in the region.

Turkish Prime Minister Recep Tayyip Erdogan warned Damascus on Friday (05.10.2012) that Ankara would not shy away from war if provocations by Syrian forces continued.

"We are not war-lovers, but we are not far from war either," Erdogan said. "The saying goes: Prepare for war if you wish for peace."

Erdogan's warning came a day after Turkish parliament passed a year-long mandate that approved cross-border military action against Syria, if it's deemed necessary.

On Wednesday, a Syrian shell killed five civilians in the Turkish border town of Akcakale, creating uproar in Turkey. Since then Turkish military is returning fire for each Syrian shell that has struck Turkish soil. Damascus has claimed the shells that landed in Turkey were accidents during operations against armed opponents, but Ankara has regarded them as deliberate provocations.

Turkey and Syria traded artillery fire for a fourth consecutive day on Saturday. Ankara has continued to deploy more troops to its southern border with Syria on Sunday, raising concerns that the conflict may escalate. 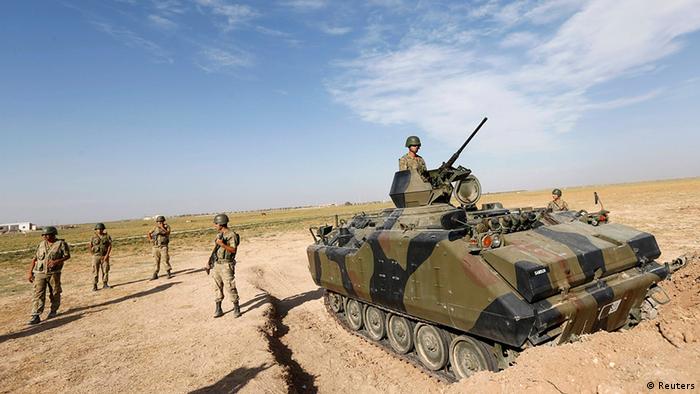 Turkish troops are mobilizing along the Syrian border

Turkey's foreign minister, Ahmet Davutoglu, said on Saturday that parliamentary authorization was designed as a deterrent to further violence.

"We haven't taken this step with the intention of war,” Davutoglu told Turkey's TRT television. "But from now on whenever there is an attack on Turkey, it will be silenced."

Polls showed that majority of Turks are against a war with Syria and many Turkish observers agreed that neither Turkey nor Syria has a desire for a war. But possible attacks along the border remain a growing concern. Ankara has signaled that it may launch a cross-border operation if it also feels threatened by separatist Kurdistan Workers' Party (PKK) and its alleged Syrian branch the Democratic Union Party (PYD).

Turkey's warning of war has been the boldest move so far demonstrating a major shift in AKP's foreign policy, from a "soft power" strategy to one of military deterrence."

During the past 10 years of the AKP rule, Davutoglu's strategy of "zero problem with neighbors" shaped Turkey's new foreign policy. The foreign minister said there was no place for "military threats" in this new foreign policy vision, dialogue and diplomacy will be the main tools and regional cooperation would be the main priority. 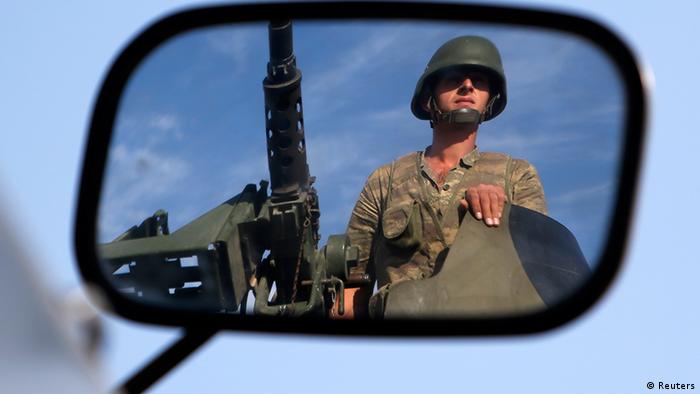 Turkey had hoped not to have problems with the neighbors, but it's proving difficult

Syria had been the cornerstone of Islamic-conservative AKP's new pro-active foreign policy, which aimed at developing close political, economic and cultural ties with the countries in Turkey's neighborhood, areas once ruled by the Ottoman Empire.

Davutoglu was criticized by the opponents for "Neo-Ottoman adventures," but he denounced the criticism. Western pressure did not prevent the AKP government from enhancing close relations with repressive regimes, including those of Mahmoud Ahmadinejad in Iran, Muammar Gadhafi in Libya, and Bashar Assad in Syria.

The Turkish government's main priority had been to expand Turkey's area of influence. Until 2011, Turkey and Syria were close allies. Davutoglu made dozens of visits to Damascus, resisted Western pressure and tried to gain leverage over the Syrian regime.

The AKP's zero-problem policy was first challenged by the Arab Spring uprisings in North Africa and the Middle East. The Turkish government's great ambitions to be a regional power and an agenda-setting country in the Middle East faced an even greater challenge in neighboring Syria.

Soon after the uprising began in Syria in March 2011, Turkey first adopted a cautious approach and tried to convince Assad for a controlled change. But Assad's reluctance for reform and disproportionate use of force against protestors caused deep frustration among Turkish leaders and after August 2011 they adopted a hardliner position against Assad's rule.

Tensions with Iraq and Iran

In its policy to oust Assad, Turkey joined forces with two other Sunni countries: Saudi Arabia and Qatar. This has further undermined Turkey's close relations with Shiite majority countries, Iran and Iraq's Maliki-led government, which have been closely allied with Assad. 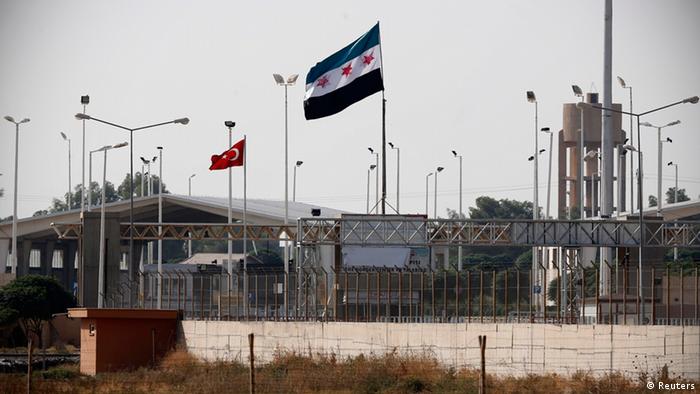 Two years ago, the Turkish government gained momentum in Tehran and brokered a nuclear deal to offer a diplomatic solution to the Iran nuclear crisis. But after the Syria crisis, Iran's military leaders continue to publicly warn Turkey for its Syria policy.

Ankara's already tense relations with Iraq's Shiite-led government are expected to further strain this month, as Turkish government is seeking to extend a mandate to send Turkish troops to northern Iraq to fight PKK militants.

From "zero problems" to zero friends

Davutoglu's controversial policies, which also led to deep tensions with Israel, now face growing criticism, not only from the opposition, but also from intellectuals who had long supported the AKP as a transformative power for Turkey.

One of those liberal intellectuals, international relations professor Ihsan Dagi warned Turkey is making mistakes and risks not only broader conflicts with its neighbors, but also losing all the domestic democratic achievements of the past decade.

"[As Turkey] we have put aside our soft power and attempted to design our neighborhood with our military might," Dagi wrote in his column at the daily "Zaman." "We turned away from being an admired country and sought to become a country that is feared by others. We made mistakes, big mistakes."

According to Dagi, Turkey will continue to be an emerging power in world politics, but failures of Turkish government in foreign policy are putting Turkey into a difficult position of facing off against unpredictable threats.

"Ironically today, the utopia of the old regime of Turkey has turned into reality," Dagi said. "Turkey is now surrounded by enemies."

Anybody expecting the European Union to take decisive action to end the Syria crisis could be left disappointed, experts say. Instead, the bloc will likely pressure Turkey to accept help dealing with refugees. (05.10.2012)

Turkey can show its power but must remain on the path of reason when it comes to Syria, says DW's Baha Güngör. Assad's end is inevitable, while Russia and Iran represent wild cards, he adds. (05.10.2012)

Turkey has justified its military retaliation for the Syrian artillery attack with the need to protect its territory. Observers believe other factors are playing a role. (05.10.2012)