A correspondent for British and German media was arrested over the weekend in southern Turkey. Hatice Kamer was held without explanation and released after a day in detention. 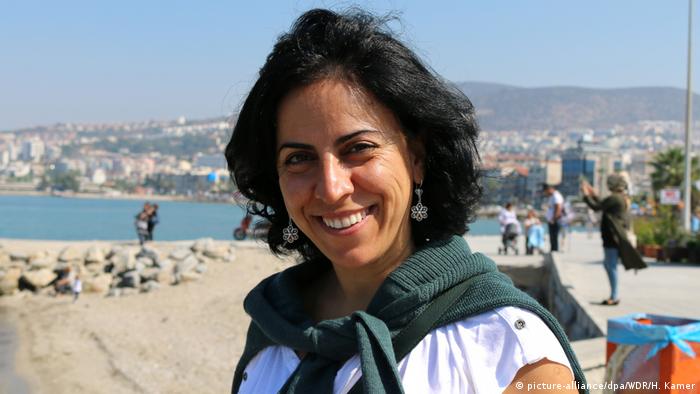 Hatice Kamer (pictured) was arrested on Saturday while reporting in Turkey's restive southeast region. Her most recent assignment saw her cover a mining disaster that left several workers dead.

One of Kamer's employers, the BBC's Turkish-language service, said Kamer had been held overnight but was released on Sunday, with no explanation as to her detention.

But Kamer told German broadcaster "Westdeutscher Rundfunk" (WDR) - which she also works for - that she learned she would be charged with supporting the outlawed Kurdistan Workers' Party (PKK) through her reporting.

"She was told she would have to stand trial," WDR said.

Kamer told WDR there was no evidence for the charges.

Kamer's family has told German-language newspaper "Die Zeit" that police had accused the 39-year-old of taking photos of a military area. According to "Die Zeit," Kamer and her lawyer suspect her reports for foreign media on "unpleasant issues" in Turkey contributed to her arrest.

Turkish authorities have not commented on Kamer's arrest, nor that of another reporter, Voice of America's Khajijan Farqin, also detained and released on the weekend.

The arrests are the latest in Ankara's broad crackdown on the media and government dissidents following a failed coup in July. A state of emergency imposed after the coup has allowed the government to detain dozens of journalists and shut down more than 170 media outlets.

Since the failed coup attempt, Turkish President Recep Tayyip Erdogan has also used the emergency powers to purge the military, bureaucracy and education sector of alleged followers of the Islamic preacher Fethullah Gulen, who the government blames for orchestrating the coup. More than 100,000 people have been dismissed or suspended for suspected Gulenist ties, and thousands more have been arrested.

Germany saw a massive uptick in asylum seekers from Turkey in 2016. Much of it is due to the failed coup in July and ensuing crackdown on human rights and press freedom. (18.11.2016)