After US General James Mattis resigned as defense secretary, President Donald Trump tapped one of his deputies, Patrick Shanahan, to be acting head of defense. Shanahan is an engineer who built his career at Boeing. 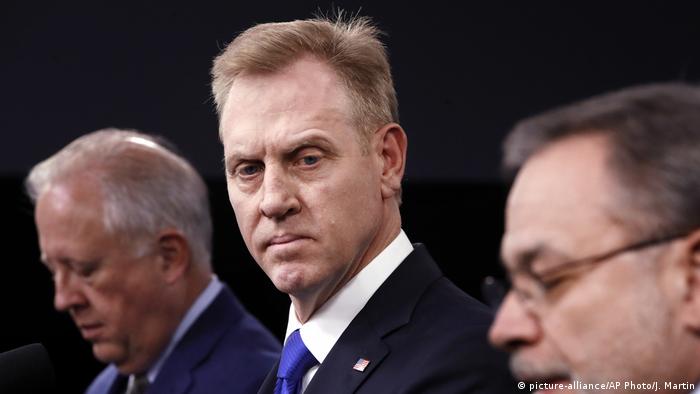 The US Department of Defense will be led by Deputy Secretary Patrick Shanahan starting January 1, President Donald Trump announced on Sunday. Trump described the relatively unknown Shanahan as "very talented."

"He will be great!" Trump tweeted.

The 56-year-old had no political or military experience before becoming Mattis' first deputy in 2017.

Shanahan is a mechanical engineer by vocation and previously served as a senior vice president at Boeing Commercial Airplanes.

According to The Seattle Times, Shanahan ran the company's division in charge of producing military helicopters, including the iconic Apache and Chinook helicopter programs.

Earlier this week, Mattis stepped down as defense secretary following Trump's decision to withdraw US troops from Syria. Upon resigning, the general said he would stay in office until the end of February to ensure an orderly transition. However, Trump was  annoyed by the media attention surrounding Mattis' bluntly-worded resignation letter, according to US officials cited by the AP news agency. Trump's displeasure allegedly prompted Mattis to leave earlier than planned.

After speaking with the Saudi foreign minister, US Defense Secretary Jim Mattis said there'd be a full investigation by the Saudis into the killing of journalist Jamal Khashoggi. Riyadh denied responsibility for weeks. (28.10.2018)