US President-elect Donald Trump has named three of his children to be part of his White House transition team. He has also appeared to change tack on a complete repeal of the Affordable Care Act, known as Obamacare. 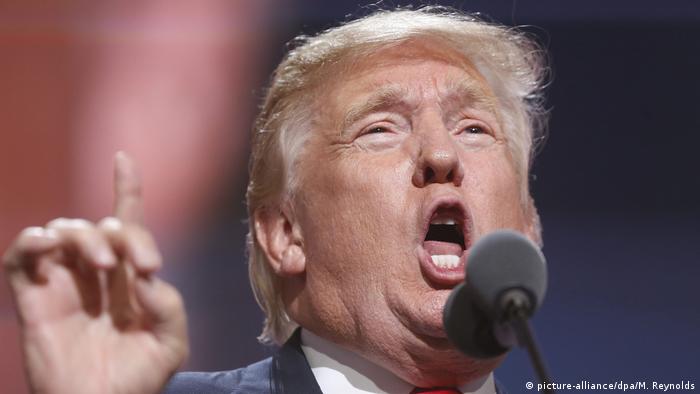 Donald Trump on Friday named three of his children - Ivanka, Donald Jr. and Eric - as well as his son-in-law, Jared Kushner, as part of a team that will pick members of his future cabinet.

Kushner and the siblings will help as part of the transition team to identify individuals for top posts in the White House administration and cabinet ahead of his inauguration on January 20. 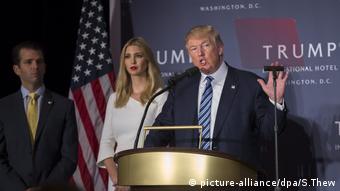 "The mission of our team will be clear: put together the most highly qualified group of successful leaders who will be able to implement our change agenda in Washington," Trump said in a statement.

On Friday, Ivanka and her brothers were also named in a statement by the Trump Organization, which said the company would transfer control of the business to them as heads of the trust.

Before the election, the property magnate said he would place his business interests in a blind trust to avoid conflicts of interest.

The Trump Organization is not publicly traded, with many of its activities closed to scrutiny, but the US media have reported financial links with people close to Russian President Vladimir Putin. Trump praised Putin's leadership during his campaign for the White House, raising concerns about the next president's commitment to NATO members such as Estonia, Latvia and Lithuania. Putin also backed Trump to win the presidency, but has denied that he planned to try to influence the election result, which stunned many in Europe and the rest of the world.

Trump's running mate Mike Pence will lead the transition team, which will also contain an assortment of Washington insiders.

New Jersey Governor Chris Christie, who had been running the planning for months, was effectively demoted to make way for Pence, who is the first vice president-elect to take on the transition job in at least 40 years.

The transition team also includes a string of Washington insiders, marking a turnaround for Trump. The businessman and reality TV star had railed against the establishment during his campaign, threatening to "drain the swamp" in Washington.

Among those slated for top-level roles are former House Speaker Newt Gingrich, Alabama Senator Jeff Sessions and retired lieutenant-general Michael Flynn. Trump's finance chairman, the Goldman Sachs veteran Steven Mnuchin, is among those reported to be in contention for the post of Treasury secretary, along with JP Morgan chief executive Jamie Dimon. 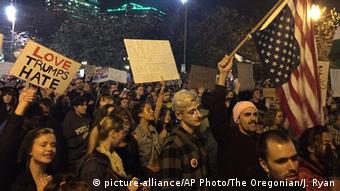 In an apparent contradiction on Friday, Trump said that certain aspects of President Barack Obama's healthcare law should be kept.

Trump told "The Wall Street Journal" that after speaking with Obama at the White House a day earlier, he was considering keeping the clause in the Affordable Care Act that allows children to stay on their parents' insurance policies for a longer time.

He also said he liked the prohibition against insurers denying coverage based on a pre-existing condition. "I like those very much," he said of the clauses.

During the presidential campaign, Trump described the Obama healthcare plan as "a total disaster" and promised to "ask Congress to immediately deliver a full repeal of Obamacare" on "day one of the Trump administration."

In the WSJ interview, the president-elect was asked if he regretted his often incendiary statements during the campaign. "No, I won," he said.

Trump's divisive rhetoric has fueled tensions within the country that are likely to follow him into the White House. On Friday, anti-Trump protests erupted for the third straight night in several major cities, including New York, Miami and Philadelphia. The largely peaceful protests are driven by concern that the Trump presidency will infringe on human and civil rights.

Reports of swastika graffiti and racial slurs in schools have risen in the US since Donald Trump won Tuesday's election. The national suicide hotline also reportedly saw a 140 percent increase in calls on election night. (11.11.2016)

Donald Trump's win in the US presidential election boosted stock trading in the world's biggest arms manufacturers. That was partly down to the candidate's skepticism about NATO, said traders. (11.11.2016)

In 10 weeks Donald Trump will be sworn in as president. For a political novice like Trump, a strong cabinet is essential to govern efficiently. Here are some people that could play key roles his administration. (12.11.2016)

Will Trump fulfill his campaign promises?

In a social media post, Trump said his ex-wife Ivana led "an inspirational life" and called her a "wonderful, beautiful and amazing woman."