After 100 days, Donald Trump's presidency has brought exclusion, says US-based German photographer Reiner Leist. He tells DW how politics change the way we view art - and why both art and politics benefit from stamina. 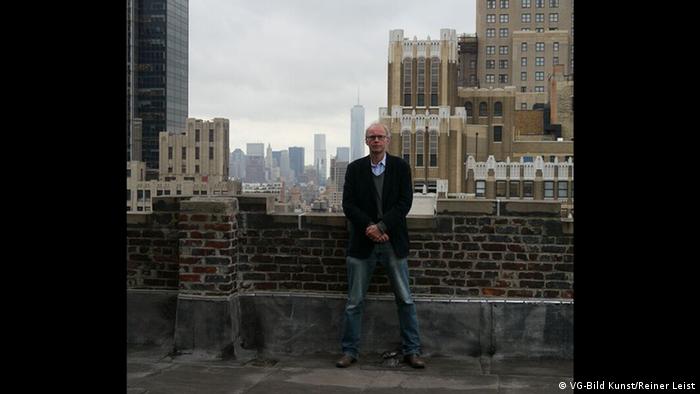 German photographer Reiner Leist, born in 1964, has lived in Manhattan since 1994. He studied art and photography in Munich, Cape Town and New York City and holds both German and US passports. His works, which span decades, are ongoing and examine the relationship between people and society.

For his "American Portraits" series, published in 2001, he spent seven years traveling around the US to take photos of around 100 people, which he juxtaposed with biographical essays and childhood pictures of the same people. "American Portrait" is currently on show at the Centre Culturel Francais Freiburg in Germany through June 2.

Another of his landmark projects is "Window," for which he takes a photo from his Manhattan apartment nearly every day. This work inadvertently allowed him to document the 9/11 terror attack and its aftermath in the city. 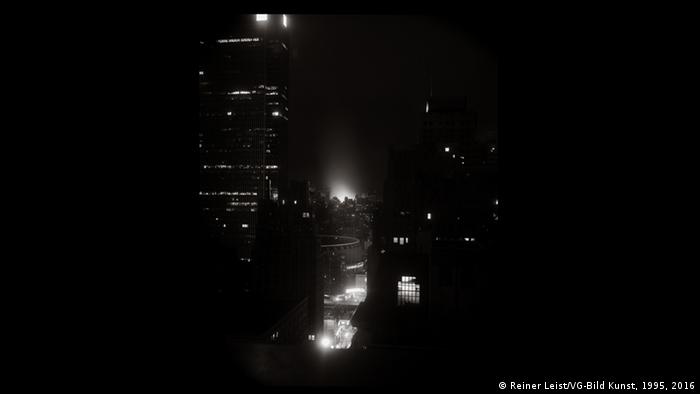 For "Window," Leist took daily photos from his Manhattan window. This one from September 14, 2001, shows the immediate aftermath of the 9/11 attack

DW: April 29 marks President Trump's 100th day in office. You moved to the US in 1994, so you've experienced several American presidents. How would you describe the current political climate in the US?

Reiner Leist: For me, it brings up the pain of exclusion. For me personally, I feel that is what is at the center of what has happened. When I hear of parents who don't send their kids to school out of fear of being detected as an undocumented immigrant, I feel that is the effect it has already had. Regardless of what policies may come, the sheer expectation of what may happen has already caused damage to a lot of people's lives.

Has the political climate - this climate of fear - impacted your work in any way? Are you planning any new projects in response?

My projects are all really long-term and go on for 10, 15, 20 years and never really end. But what does change is how people look at the work. If you think of the portrait of Anne Frank, there is nothing in the formal composition that changes, but what people know about the Holocaust or what they think they associate with it is what that photo expresses. 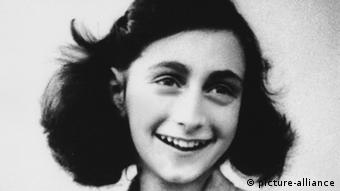 The way we view an iconic photograph, like Anne Frank's portrait, can change, says Leist

And that's true for every photograph.  What we bring to it is what we see.

If you think of my project "Window," the gap in the center of the image is defined by what we know about it. That is also true of the portraits from "American Portraits," including Henry Kissinger and Dixie Evans.

We bring our thinking to those works and in that sense, every image changes as our consciousness and our understanding of something changes.

Does the political climate also change the way that you see your work?

No, it doesn't. I think that the quality that my work may offer a viewer is hopefully embedded in that long-term strategy. You can't look at something or someone for a short period and get the same thing out of it as if you were to look at it for an extended period. We've seen that in all kind of contexts.

Stamina and a long-term investment are what create change. That's true in art as well.

Has Trump's presidency led you to become more involved in politics?

I think all art is politics. You can't decide to be political or not political. There is always a layer of political meaning in any work. I was just thinking of the difference between the work of Holocaust survivors Boris Lurie and Eric Isenburger.

Boris Lurie just had a huge retrospective at the Jewish Museum in Berlin. He was born in 1924 and died in 2008 and I knew him quite well, since he lived in New York. Just like Eric Isenburger, his response to the Holocaust was to leave and move to New York. On the surface, they had the same geographical response. But if you look at Boris Lurie's work, he made gruesome juxtapositions of photographs of skeletons after the discovery of the concentration camps with pinups and pornographic images. His exhibitions are not open to kids under 12. 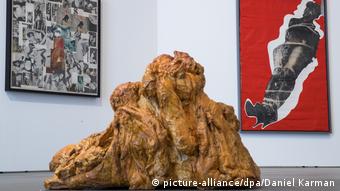 Boris Lurie's artistic response to the Holocaust is particularly controversial

Then there was Eric Isenburger, who responded by painting portraits of his wife and of flowers, and everything was colorful and beautiful. They perhaps represent a similar experience of expulsion and survival, but, formally, they make a completely different response. Eric Isenburger will have a show at the Center for Persecuted Arts in Solingen later this summer.

How has being a US citizen informed your experience of the political situation?

I feel my identity is so complex. I also feel like I'm a South African, because I lived there so long, as much as I am an American or a German. I'm certainly immensely proud that Germany would have Norman Foster design the Reichstag and Nam June Paik represent the country at the Venice Biennale, and of the cultural politics of the German Academic Exchange Service. But I would never say one country is better than the other.

What gets me thinking is, if there is such pain through exclusion then who am I excluding? That's what comes up for me in a crisis situation like this. I'm not planning a new project in response to that, but I'm thinking about my next portrait that would emotionally make sense in response. It's a mix of change and consistency.

Anxiety in the US over Trump's arts budget cuts

Public broadcasting and the arts in the US could dramatically change if President Donald Trump's budget proposal is enacted by Congress. (03.03.2017)