Donald Trump has conceded that President Obama was indeed born in the United States. Thus ends a long saga in which the billionaire media mogul had cast doubt on the president's constitutional legitimacy. 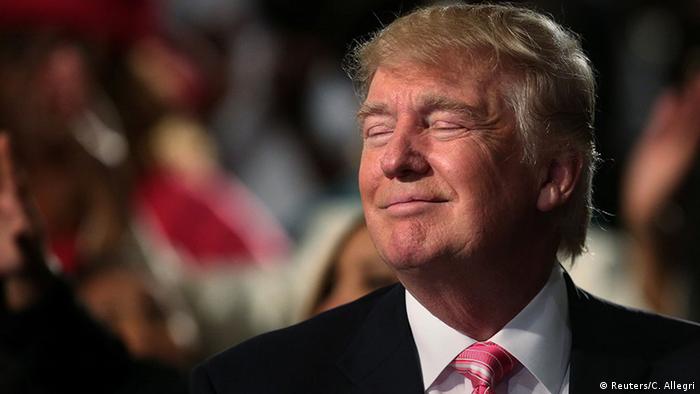 For years, Trump was the most prominent proponent of the "birther" movement, which questioned whether US President Barack Obama had been born outside the United States and thus potentially constitutionally ineligible to be president - and calling on him to prove he was born in Hawaii.

As recently as Thursday he refused to answer a question from the "Washington Post" about his claim.

That ended this week when Trump and his campaign abruptly changed tack and conceded that Obama had indeed been born in Hawaii.

"President Barack Obama was born in the United States. Period," the Republican presidential candidate said at a press conference in Washington DC on Friday.

"After five years of pushing a racist conspiracy theory into the mainstream, it was appalling to watch Trump appoint himself the judge of whether the President of the United States is American," Robby Mook said.

Earlier in the day, the Trump campaign issued a statement saying, "Having successfully obtained President Obama's birth certificate when others could not, Mr. Trump believes that President Obama was born in the United States."

Trump then pivoted and tried to blame his Democratic opponent, Hillary Clinton, for raising the issue and bragged that it was his pressure as a private citizen in 2011 that forced the president's hand in releasing his birth certificate.

Yet even if that were true, it fails to explain why Trump repeatedly made the claim for years to question the president's legitimacy in holding the country's highest office.

His comments speculating on Obama's birthplace have been seen by many as an attempt to delegitimize the nation's first black president, playing to a racist vein within American society but also losing votes from the non-white electorate.

Trump has been slowly chipping away at Clinton's narrow lead as the November race draws closer. The polling website realclearpolitics.com shows that Clinton's lead in an average of nationwide polls has slipped to 45.7 percent to Trump's 44.2 percent.

How to make sense of US presidential election polls

The daily deluge of new polls about the US presidential election can be confusing rather than informative. So DW asked two experts to weigh in. And guess what - both offered the same easy-to-apply solution. (09.09.2016)

US presidential candidate Donald Trump has told a TV forum that Russia's president is "far more" of a leader than Obama. He also said the US military had been "reduced to rubble" under the current leadership. (08.09.2016)

Opinion: Trump does it his way - come what may

Donald Trump’s much anticipated speech on immigration didn’t feature any new details or concrete plans. But it did provide a valuable lesson about the candidate and his campaign. (01.09.2016)