US President Donald Trump has signed a memo that threatens to cut federal funding to what he called "lawless" cities, including Seattle, Portland, New York, and Washington. 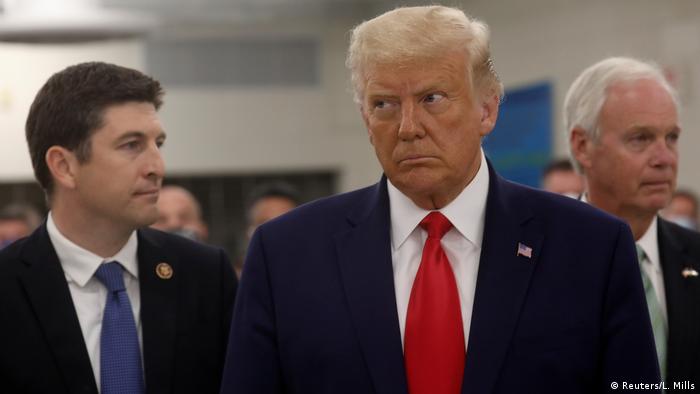 US President Donald Trump on Wednesday signed a memo threatening to cut federal funds to US cities that have seen a series of protests over the past few months. The "lawless" cities include Seattle, Portland, New York, and Washington DC.

"My Administration will not allow federal tax dollars to fund cities that allow themselves to deteriorate into lawless zones," said the memo released by the White House.

It instructed Attorney General William Barr to work on jurisdictions that "permitted violence and the destruction of property to persist and have refused to undertake reasonable measures."

In a separate interview with CNN, Barr said the Justice Department was looking into the movements of the protest movement antifa.

Trump has been using the "law and order" message to appeal to some white supporters, and antifa, a loosely organized left-wing movement against authoritarianism and racism, is a regular target for the president.

Leaders from the cities in question have denounced the president's threat of defunding. New York Governor Andrew Cuomo tweeted that Trump was trying to "punish" New York City.

Portland Mayor Ted Wheeler wrote on Twitter: "Trump threatens to withdraw federal funds, possibly including health, education and safety net dollars Americans need to get through the pandemic and economic crisis."Again, he targets cities - including ours - with democratic Mayors, which he calls 'anarchist jurisdictions.'"

William Barr said there is a "false narrative" regarding attacks on Black people by white police officers. He also said the US Justice Department believes anti-fascist movement antifa is at the heart of protest violence.

A movement against police violence could help motivate more Black people to go to the polls. That would not likely be to Donald Trump's benefit.