El Salvador has declared a state of emergency, as the first tropical storm of the season in the Pacific Ocean made landfall. Sustained rains threaten to cause mudslides and floods in the coming days, authorities warned. 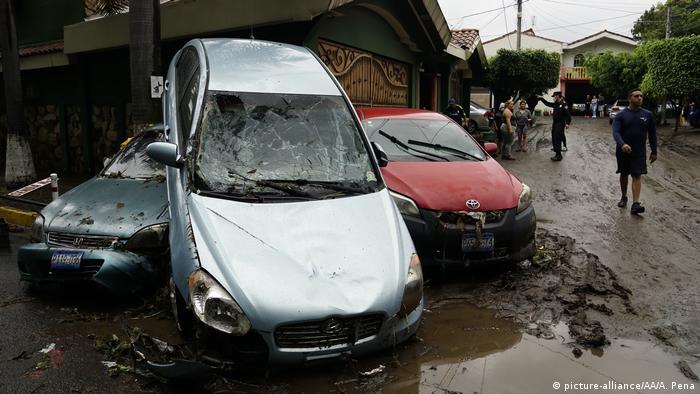 ''We are facing a critical situation,'' El Salvador Interior Minister Mario Duran said. ''The situation in all of the country and especially in the metropolitan area of San Salvador is grave.''

Over 2 million of the 6.6 million inhabitants of El Salvador live in the capital city's metropolitan area.

Amanda is the first tropical storm of the Eastern Pacific season and made landfall carrying maximum sustained winds of 40 mph (65 kph).

It weakened back to tropical depression status soon after landing and moved north, centering some 45 miles (75 kilometers) northeast of Guatemala City.

Amanda's downpours threaten to cause further flooding in southern Guatemala, western Honduras and southeastern Mexico, with lesser accumulations over parts of Nicaragua and Belize.

Salvadoran President Nayib Bukele declared a 15-day state of emergency on Friday, ahead of the storm's landfall.

By Sunday, some 1,200 people were left homeless and around 900 homes were damaged, while four people were missing, authorities said.

San Salvador Mayor Ernesto Muyshondt said the country had never experienced something like this, given that the storm hit during the coronavirus pandemic.

"We are living through an unprecedented situation, an emergency of great magnitude within another emergency of enormous proportions," Muyshondt said.

The rain is expected to continue through Monday, authorities have said. Areas of western El Salvador will be monitored by emergency services, as a large number of rivers there are in danger of overflowing.

The Ministry of Environment also warned the public of the "high probability" of flash floods, mudslides and falling debris along coastal zones, which could threaten lives and cause damage to property.