Romania is believed to have the largest wolf population in Europe, but a culture of fear surrounding the predators may put their future at risk. Conservationists are calling for the wolves to be better protected. 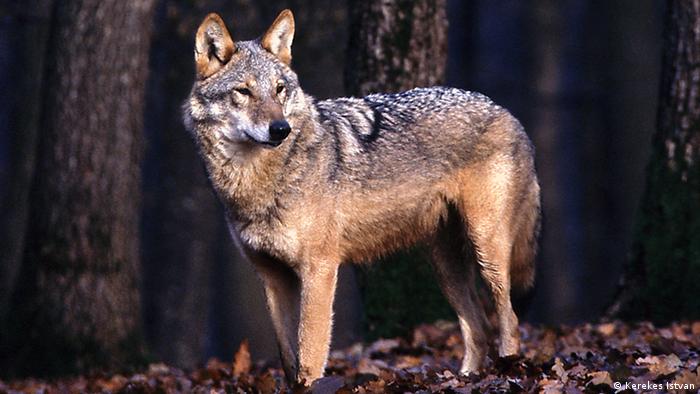 For the shepherds on the hills of Mures County in Romania, where dark, dense forests wrap around areas of open grazing land, the thought of wolves is never far away.

Makeshift warning bells hang off trees, clattering in the wind. Huge dogs, some of them hybrid wolves themselves, prowl around flocks of sheep to keep them safe.

But the wolves come anyway. All across Romania's mountainous regions, shepherds move with their flocks across the land. Almost every one of them has a story to tell about wolves taking their sheep.

"Year after year after year, wolves attack my sheep and lambs," says Bogdan Antonescu, a shepherd who has worked on these hills for more than two decades. "They hide in that thistle patch there and when I pass by they attack and take a sheep. It's as easy as that."

Who's afraid of the big bad wolf?

The great forests of Romania are home to large carnivores that long ago disappeared from most of Europe. Alongside the wolves, bears and lynx live in large numbers. But while the other carnivores are a source of great pride for many Romanians, wolves remain a largely hated animal, conjuring images of savagery and cunning in the public imagination.

In a puppet theater in the Transylvanian city of Cluj Napoca, a folk tale called "The Goat with Three Kids" has been playing to children for decades. Adapted from a Grimm Brothers story, the play is about three young goats who are tricked by a wolf who wants to get into their house. When the mother returns, she finds blood smeared on the walls and the decapitated heads of her two eldest children on the window sill. Only the youngest survives. 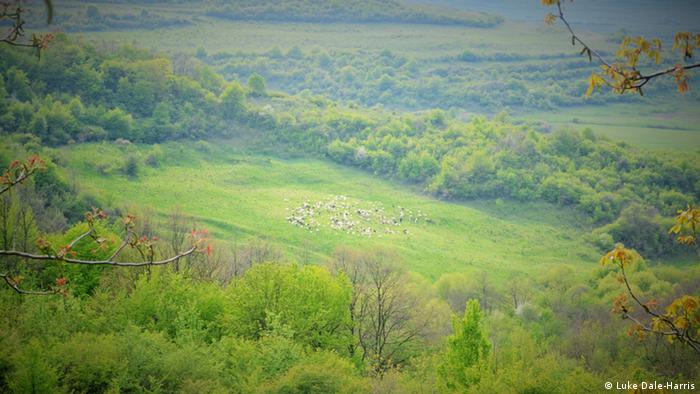 Grazing sheep, and even the dogs guarding them, are often killed by wolves roaming the hills in Transylvania

Ibolya Varga directs, and performs in, the show. For her, the wolf has all the characteristics of a classic dramatic villain.

"The wolf is a demonic image that corrupts, destroys innocence and makes victims of the small ones," she says. "He feels the smell of blood and flesh. He goes on high rocks and howls at the moon. All of this makes us think of him like of a demon."

Romanian media take a similar approach. Stories of the grisliest wolf attacks are splashed all over local and national newspapers, with headlines like "The 50kg beast who terrified a village, took six lambs and was as big as a man."

But this culture of fear has a very real impact on the country's wolves and plays an undeniable role in deciding whether they are to live or to die.

A population at risk?

Romania is believed to have the largest population of wolves in Europe. Most live in the dense forests that span the Carpathian Mountains, where, aside from hunters and foresters, few humans venture.

Here, according to government figures, lives one of the highest densities of wolves on earth. But many conservationists believe the reality is very different to that promoted by the government.

Attila Kecskes works with the Romanian wildlife organization Milvus Group. He has been tracking wolves in Transylvania for years, trying to disentangle the facts from the fiction.

"Nobody knows the status of the wolf population," he says. "Because there is no relevant and credible national data, nobody knows if the population is growing, is stable or is decreasing." 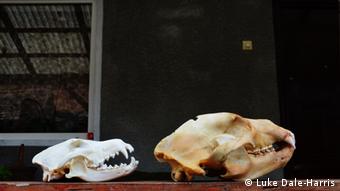 The problem, says Kecskes, is that the population is monitored by private hunting associations. Since the industry was privatized 10 years ago, almost a thousand of these businesses have sprung up, each responsible for monitoring an area of about 40 square kilometers (about 15 square miles), and killing wolves deemed dangerous to local livestock.

But Kecskes says this method doesn't work because each association monitors an area that is smaller than the range a wolf pack covers. So the animals are passing in and out of different hunting association territories.

"Because the hunters don't talk to each other, it's very probable that the same wolf pack is counted more than once, in more places," he says.

Kecskes and Milvus Group are conducting their own study in a protected area beneath the foothills of the Transylvanian Carpathian Mountains. The results show a stark contrast to the hunters' figures.

The hunters' estimates are passed on to the State Institute for Forestry and Management, which then arrives at a final figure for Romania's wolf population. Last year, the number they reported was about 2,500 wolves for the whole country. 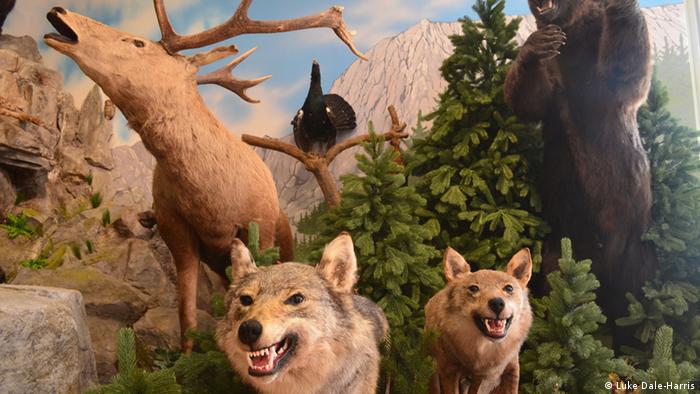 Hunters from all over Europe come to Romania to shoot the same animals that the wolves prey on; deer, wild boar and chamois. Yet almost no one comes to shoot the wolf. So, for hunters, the logic is clear: The more wolves they report, the more they are permitted to cull.

Yet officials insist hunters are not endangering Romania's wolf population. Ovidiu Ionescu is head of large carnivore management with the Institute for Forestry and Management. He is responsible for drawing up the wolf hunting quotas for each area.

But the authorities here have their own interests in the hunting industry. Ovidiu Ionescu himself is president of the Brasov hunting association. For years, he has faced campaigns from conservationists over the lack of transparency in his wolf counting system.

The problem comes with the hunting quota for wolves. Hunters are permitted to cull up to 30 percent of the population. Even when this quota isn't filled, independent specialists believe many wolf deaths are never reported. If the population reports are exaggerated and the wolf shootings are under-reported, the wolf population may plummet without anyone even noticing.

We rarely see them, but wolves are a central part of Romania's forest ecosystems. By keeping down the numbers of ungulates such as deer and wild boar, they allow the new trees and vegetation to grow. This in turn provides habitats for birds and other animals.

But here in Transylvania, if hobby hunters continue to call the shots, wolves could well exit the scene altogether.

Wolves make a comeback in Germany

Once hunted to near extinction, wolves have slowly returned to Germany. A wolf center in the north of the country aims to inform visitors and challenge their notions of the creatures as mere predators. (29.04.2014)

Sweden caps its population of wolves at 210 animals, allowing for some to be hunted each year. Some argue capping the population - which was once nearly extinct and is now largely inbred - is arbitrary and cruel. (30.01.2011)