Trans-Atlantic trade talks not overshadowed by NSA scandal | World| Breaking news and perspectives from around the globe | DW | 13.07.2013

As talks on the Trans-Atlantic Trade and Investment Partnership began this week in Washington, a second topic loomed large: US intelligence programs. Germany wanted to make sure the issue didn't fade into the background. 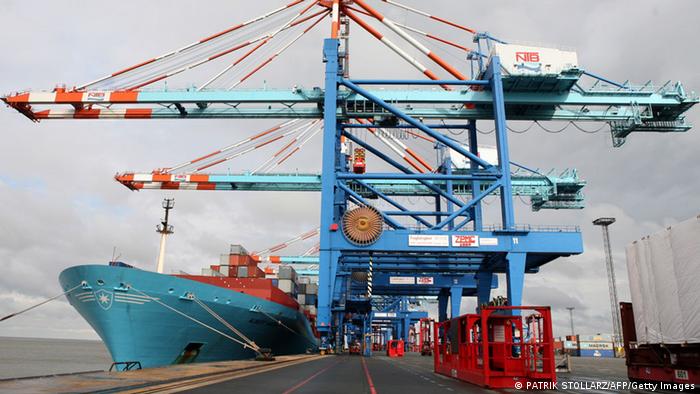 As EU and US delegations met in Washington for the first week-long round of negotiations on a proposed shared trade area, German Interior Minister Hans-Peter Friedrich was just a few hundred meters away in the White House for talks about controversial US surveillance programs.

After the heated discussions following US intelligence contractor Edward Snowden's disclosures about his country's surveillance procedures, it was apparently a question of self-respect for Friedrich to have a dialogue on equal footing with partners in the US.

However, Jacob Kirkegaard of the Washington-based Peterson Institute for International Economics says Snowden's revelations and the fallout that ensued seemed not to overshadow the Trans-Atlantic Trade and Investment Partnership (TTIP) discussions as they got under way.

"Apparently the topic of the surveillance programs did not play a big role. The delegations got into the matters at hand relatively quickly," the economist said. He believes that both delegations have developed a degree of basic trust in one another that will ease the upcoming negotiations. 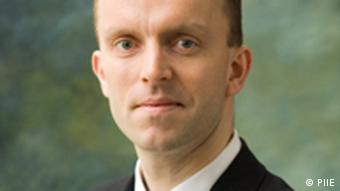 Kirkegaard says US and Eu have basic trust in one another

And Marjory Chorlins of the American Chamber of Commerce agrees that the questions surrounding American intelligence programs will not have a decisive effect on the trade talks.

"While some of the issues that will be negotiated around things like digital trade in the context of the TTIP relate directly to some of these issues that have been raised with these reports, I don't get the impression that that will fundamentally alter the negotiation or the content of an agreement that could be achieved," Chorlins said in an interview with DW.

How to handle private data is, however, one of the most difficult and complex topics to work through in negotiations. On this point, the two continents have widely divergent policies. Unlike in the US, in Europe consumers must give explicit permission for their data to be used in additional contexts.

Even beyond the current debate about the US National Security Agency's intelligence gathering, a number of political observers and business leaders distrust the idea behind TTIP. That's true on both sides of the Atlantic.

Daniel Mullaney, who is heading the negotiations on the US side, wanted to tackle this distrust head on during the very first round of negotiations. For two days, the EU and US delegations spoke with various interest groups, recording a total of 370 points of input. At a press conference following the talks, Mullaney, together with the EU's head negotiator, Ignacio Garcia-Bercero, issued the following promise: "We're working very hard to conduct an open and transparent process in this negotiation. And I should say we did receive many comments with useful suggestions on how we could promote transparency. And we are looking very carefully at those comments and taking them into consideration."

Much has been said about the benefits of a shared economic and trade zone between the two continents. And that is true in Washington, as well, where the talk among both delegates and many industry representatives is of millions of new jobs, a strong boost to the economy as well as greater efficiency. 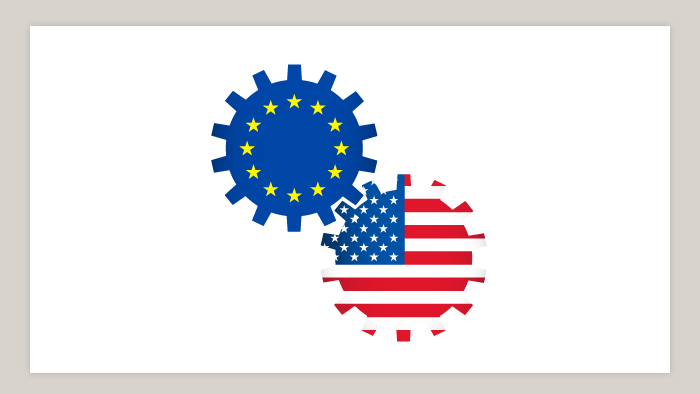 The American Chamber of Commerce representative Marjory Chorlins says the advantages of TTIP should help put to rest claims that the US is beginning to focus too heavily on the Asia-Pacific region. There, too, the US is currently in talks on a proposed project called the Trans-Pacific Partnership (TPP).

Chorlins sees the desirability of that venture as evident and does not view TPP as a rival undertaking to the EU-US trade zone.

"It makes perfect sense really for US business given the tremendous commercial opportunities that exist in that region. But that does not in any way detract from the importance we attach to improving the commercial relationship between the US and Europe," she said, adding, "We account for half the global GDP. So the benefit of eliminating the barriers that inhibit even greater flows of goods and services and movement of people and such and investment is essential."

A hard road ahead

One aim for the first week of negotiations was to settle on a roadmap for future talks between the delegations. With topics including agriculture, banking regulation, data trade and the establishment of mutual quality and security standards, it's easy to see that many challenges lie ahead.

The next 18 months will be difficult for the delegations. The goal is to have an agreement ready to be signed by the end of 2014, but Kirkegaard of the Peterson Institute believes that is too optimistic.

The biggest trade deal ever?

Talks have been taking place this week aimed at creating the world’s biggest free trade zone. A deal would mean billions in additional economic activity between the US and EU. But there are major stumbling blocks. (11.07.2013)

US President Barack Obama came, saw - but did he conquer? As Volker Depkat writes, US-German ties have developed, changed and matured over the years. What they most definitely are not is 'normal.' (20.06.2013)