The biggest trade deal ever?

Talks have been taking place this week aimed at creating the world’s biggest free trade zone. A deal would mean billions in additional economic activity between the US and EU. But there are major stumbling blocks. 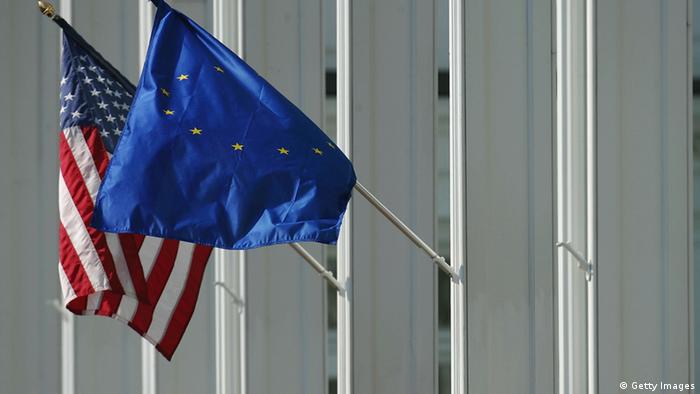 The scale of what the negotiators in Washington are trying to achieve is truly staggering, This would be by far the biggest trade deal ever,

"If it were to go through you would have a trading bloc that is equivalent to half the world economy," says economist Michael Hughes. "So there's a lot at stake here," he adds. Currently EU-US trade accounts for 30 percent of the global exchange of goods.

Estimates from the likes of the Bertelsmann Foundation in Germany suggest a deal would also create an extra one million jobs in the US and another million in Europe. In addition, creating a single market for American and European goods could help counter the rising competitive threat from China.

But this glittering prize is in jeopardy. The talks were under strain before they started thanks to the revelations of the former US intelligence contractor Edward Snowden. His claim of wholesale spying by the US on European citizens and governments caused outrage in Europe. 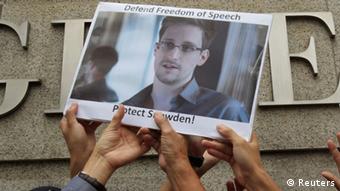 "If it is true, it is a shock," says Martin Schulz, President of the European Parliament. "And I'm not only angry, I'm deeply shocked because I think the United States should not treat the European Union like an enemy."

Hence, data privacy is a key issue under discussion. The US wants to remove many of the European restrictions on the collection and storage of personal data, but Europe is not inclined to oblige at this stage.

"I think data protection and potential transferability of personal data from the EU to the US on a more liberal regime than is currently possible - that may be something that really does pose some problems," Jim Killick, a trade attorney based in Brussels tells DW.

Direct tariffs on the sale of goods and services between the US and the EU are already low. It's other trade barriers like regulatory and safety standards for example that are on the agenda.

"Take the auto sector. At the moment the US and the EU have different standards for cars," explained Gillian Tett at the Financial Times newspaper. "Bringing standards on both sides of the pond in line with each other will cut the costs of companies doing trans-Atlantic business," she told DW, adding that a deal would remove a lot of red tape.

European Union members, however, know only too well that cross border harmonization is a hard slog, they have been negotiating for decades within Europe.

Much of the difficulty lies in cultural and social differences between the US and Europeans, on differing attitudes to business and the role of the state, on national identity and, crucially, the extent to which certain industries should be protected with subsidies.

Of films and farms

The French, for example, insist on heavily subsidizing their film and TV industry to prevent it from being flattened by the juggernaut of Hollywood. 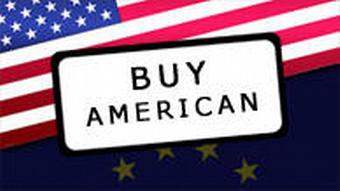 Both the US and the EU are protectionist

"We just think that culture is not a commodity and that cultural diversity should be protected in Europe," says French diplomat Bernard Emie. "It's not a car. You can't compare culture to other commodities," he says.

The French will also vigorously defend the European Union's system of farm subsidies, known as the Common Agricultural Policy (CAP).The Americans want it to be scaled back to provide more of a market in Europe for their farm produce.

"The Common Agricultural Policy was designed by the French, for the French , and primarily for the French peasant farmer to keep an idyll of a way of life," Justin Urquhart Stewart, fund manager in London, told DW. "The Americans really don't tolerate that sort of thing in the same way at all."

Meanwhile, many Europeans cannot stomach the thought of America's genetically modified crops, hormone treated beef, and poultry washed in chlorine. The Europeans are not going to open up their markets to these products without a terrific fight.

Food, movies, data protection, product safety - the obstacles to a trade deal are myriad and as they are rooted in long-held cultural beliefs and beloved traditions, they will prove hard to negotiate.

"Do not underestimate some of the entrenched views that are there," Urquhart Stewart warns. "Some of those old customs go back centuries, it may take centuries to change some of them [too]."

Neither Europe nor the US have centuries to strike a deal. Both sides know that China will not wait. If the old western allies want to meet the rising competitive threat from the East, they know they have to sink their remaining differences, and bring these trade talks to a swift, and positive, conclusion.

Negotiations for a US-EU trade pact are underway, overshadowed by the NSA spying scandal. However, civil society groups are more concerned about a deal they say would undermine public protections. (08.07.2013)