The possibility of a global trade war is worrying investment professionals in export-oriented Germany, causing a sentiment gauge compiled by the ZEW research group to slump to its lowest level since September 2016. 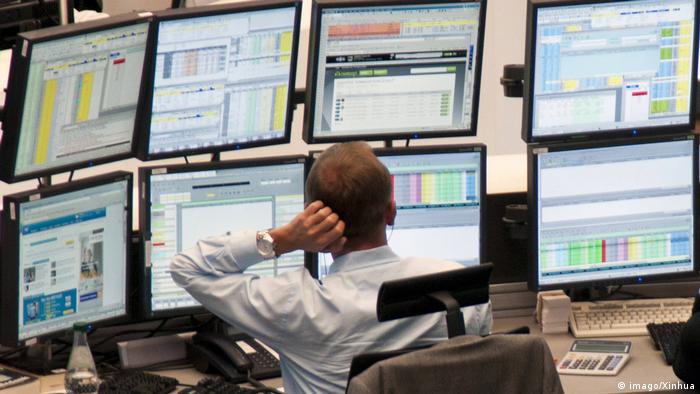 Confidence among investors in Europe's largest economy plunged in March, with ZEW's monthly survey of 220 analysts and investors sagging to 5.1 points for the month, from 17.8 points in February.

The ZEW Center for European Economic Research in Mannheim, Germany, said on Tuesday that concerns over a US-led global trade conflict had made the experts "more cautious in their prognoses." In addition, the strong euro was also hampering the outlook for Germany's export-driven economy, ZEW President Achim Wambach said in a statement.

The institute's polling was carried out between March 5 and 19, when a war of words over free trade between the United States and Europe was at its height. At the time, US President Donald Trump announced plans to slap tariffs of 25 percent on steel imports and 10 percent on aluminum.

The EU vowed to retaliate with levies on American products like orange juice and motorcycles in response, causing Trump to threaten European carmakers with a border tax on car imports.

The last time confidence among financial players was so low was in the months after Britain's June 2016 vote to quit the European Union.

The heated rhetoric has troubled financial markets and dampened confidence in the economy, which in Germany had been in sparkling form after a year of powerful growth.

Germany's blue-chip DAX stock index is poised for its second monthly decline in March, while the euro has climbed almost 15 percent against the dollar in the past year.

Stephen Brown, an economist at Capital Economics in London, said German equities were "the hardest hit" after Trump announced his new tariffs. "The tariffs will have only a small direct impact, but Germany would be straight in the firing line if a tit-for-tat trade war prompted the US to impose tariffs on automotive imports," he added in a note to investors.

However, there is a glimmer of hope for US-EU trade ties. After meeting US trade officials on Monday, German Economy Minister Peter Altmaier said it was "possible to find a solution that can still avoid a decline into a heavy trade conflict."

The rise of the new COVID variant has rattled global investors who are struggling to judge its economic implications. JP Morgan analysts have sought to calm nerves, saying omicron may speed up the end of the pandemic.

Financial markets have tumbled in Europe and Asia as the tension between Russia and Ukraine increases, signaling worries among investors of a widespread economic impact of a potential conflict.