At least three tourists have been wounded in an attack at the Egyptian resort town of Hurghada, the latest in a series apparently aimed at destroying Egypt's lucrative tourist industry. 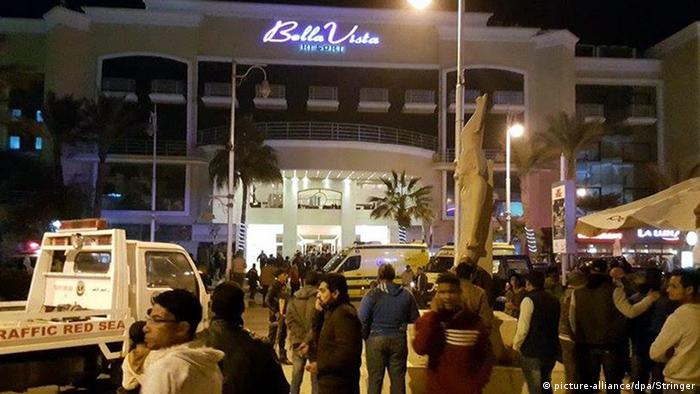 At least two militants attacked a hotel in the Egyptian Red Sea resort city of Hurghada on Friday, wounding at least three foreign tourists, according to security sources.

The assailants had arrived by sea to launch the assault, the sources said.

There are conflicting reports as to whether the attackers were armed with guns or knives, but Egypt's Interior Ministry said the victims suffered knife wounds.

Two tourists from Austria and another from Sweden were wounded in the attack, according to the ministry. The three are reportedly in stable condition. At least one gunman was killed and another injured, according to officials. 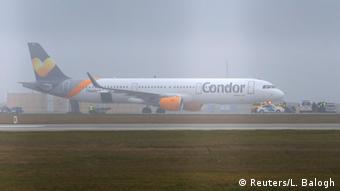 Meanwhile, the so-called "Islamic State" militant group said on Friday that an attack on Israeli tourists in Cairo on Thursday was carried out by its fighters, in response to a call by the group's leader, Abu Bakr al-Baghdadi, to target Jews "everywhere."

Official sources said those tourists were Israeli Arabs and that none were hurt. Egyptian authorities said the attack was aimed at security forces.

The latest attacks come a little more than two months after a Russian passenger plane crashed in the Sinai peninsula on October 31, killing all 224 people on board, most of whom were tourists returning home from the Red Sea resort of Sharm al-Sheikh.

Western governments, and Russia, have said the airliner was almost certainly brought down by a bomb, and the Islamic State said it had smuggled explosives on board. Cairo has rejected this conclusion, insisting it has found no evidence of terrorism in the crash.

Tourism is a cornerstone of the Egyptian economy but almost thing deters tourists more readily than fear of a pending terror attack.

An Air France passenger has been detained following the emergency landing of a Paris-bound flight in Kenya because of a fake bomb found in a lavatory. The carrier has also filed a lawsuit in the incident. (21.12.2015)

The detention in Egypt of an Egyptian journalist who recently gave lectures in Germany has prompted calls by Berlin politicians for information on his fate. Sinai expert Ismail Alexandrani was arrested late last month. (10.12.2015)