After a new study showed that Germans are fatter than other Europeans, Germany's minister for food and agriculture is campaigning for better nutrition and restrictions on the advertising of sugar-laden foods. 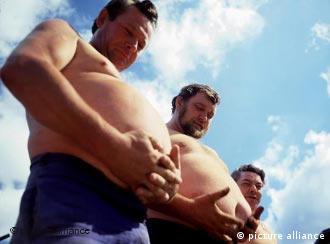 German bellies are getting bigger and bigger

Germany's minister for food, agriculture and consumer protection, Horst Seehofer, is calling for concrete steps to be taken to fight a nationwide battle of the bulge. 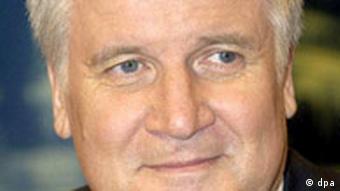 He told the Berliner Zeitung daily that the increase in the number of people who are overweight or even obese "presents, due to its consequences on public health, a societal problem that must be addressed."

Seehofer wants to see better nutritional information presented to the public and an obesity prevention strategy formulated that calls on the participation of politicians, scientists, sports clubs, health-care providers, unions and the food industry.

He said in May he would present the key points of the strategy that would promote more balanced nutrition and encourage more physical activity. 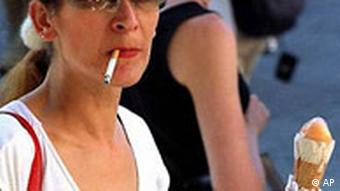 Italian women are the EU's thinnest, the study found

The new initiative was spurred on by a study released by the International Association for the Study of Obesity. It found that among EU countries, Germany has the most overweight women and men. Among adults, the study found that 58.9 percent of German women are overweight; 75.4 percent of men are carrying excess pounds.

Running a close second among women was the UK, where 58.5 percent of women are overweight. Among men, the Czech Republic came in second. The thinnest Europeans of both sexes live in Italy and France.

Beer, fatty foods and a lack of physical activity are the principle culprits behind Germans' weight gain, according to experts, and rates of obesity and overweight in Germany now match those in the United States.

"It makes little sense to talk about a healthy diet when at the same time, schools are cutting their physical education classes and government offices slashing jobs for nutritionists," he told the daily. "When you see what's on offer at school snack bars, it might be considered criminal assault." 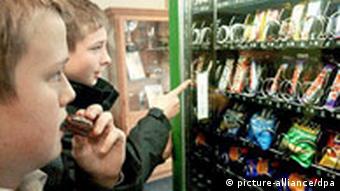 Children do far too much of this, experts say

The food industry also came in for criticism. Renate Künast, former agriculture minister and now the head of the Green party's parliamentary group, said new rules on advertising are needed as well as labeling guidelines that clearly indicate the content of foods and snacks.

"Firms like Ferrero have cashed in for years with so-called children's foods, which are much too fatty and sweet," she said.

The AOK health insurance company, one of Germany's largest, called the study "alarming," primarily because so many children and youth were affected.

"Just like with anti-smoking initiatives, we have to finally realize that action is needed regarding obesity and (being) overweight," said Hans-Jörg Freese, a spokesman for the company.

For Bulky Bicyclist, Fatter Was Better

A new report shows that Germans are getting fatter. About one half of the population is overweight. (06.06.2006)

The European Parliament and the EU's member states have struck a compromise that could see foods high in fat and sugar continuing to be labeled as nutritious. (12.05.2006)

The German government may step in to save the utility company amid the threat of reduced gas supplies by Russia, including giving Uniper up to €8 billion in loans.