Spain's Mariano Rajoy met with Angela Merkel ahead of a key EU summit to avoid yet another financial crisis. Merkel expressed respect for Spain's steps to cut spending as it battles a crippling deficit. 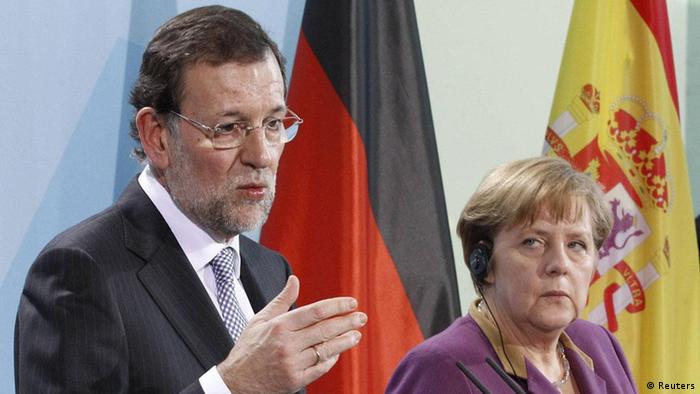 Rajoy's policies were praised by Merkel

Speaking Thursday in Berlin at a news conference following talks with German Chancellor Angela Merkel, Rajoy said Spain has to work to create solid foundations for the economy. He said the next four years will be all about economic reforms - a "long and difficult phase."

"We know that a policy of fiscal consolidation together with structural reform will lead us where we want to go: to sustained growth and creating jobs," he said and described the reorganization of the budget as a "national goal." 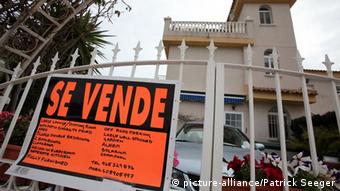 Prospects for economic growth in Spain are slim

Rajoy is the latest in a series of national leaders visiting the German chancellor in recent weeks for behind-the-scenes negotiations on a historic fiscal compact designed to bolster the eurozone, with Germany urging completion of the draft at a European Union summit Monday in Brussels.

Focus on growth and employment

Rajoy said he had discussed with Merkel a proposal to use surplus cash from a European pot for economically-disadvantaged regions to create jobs. Spain is among the nations hardest hit by the sovereign debt crisis. At 21.5 percent, the unemployment rate is higher than anywhere else in the euro zone.

Merkel said Germany would be flexible in considering how existing funds should be used. "We will bring that to the debate on Monday," Rajoy told reporters.

Urged on by Germany, most EU nations are expected to agree to surrender some of their power over government spending and submit themselves to outside discipline if they overspend.

Merkel delivered a keynote speech Wednesday at the World Economic Forum in Davos, in which she warned that her country could not shoulder unlimited burdens in helping to overcome the euro zone's troubles.

German Chancellor Angela Merkel, who formally opened the World Economic Forum in Davos, Switzerland, on Wednesday, dared Europe in a speech to be "more European." (26.01.2012)

Spain faces recession as economy is due to shrink in 2012

The Bank of Spain has forecast the country's economy will contract by 1.5 percent in 2012, fuelling concerns over its ability to rein in spiraling debt. The IMF chief called for a larger EU 'firewall' to help. (23.01.2012)

New Spanish cabinet is sworn in

With unemployment remaining high and fears another recession may be around the corner, Spain's new conservative government has its work cut out for it. The new cabinet has been sworn into office. (21.12.2011)