Tokyo 2020: What happens if coronavirus causes the Olympics to be canceled? | Sports | German football and major international sports news | DW | 18.03.2020

Tokyo 2020: What happens if coronavirus causes the Olympics to be canceled?

While the IOC continues to play the business-as-usual card in public, contingency plans in light of the coronavirus pandemic are likely being drawn up. What are the options available if Tokyo 2020 cannot start in July? 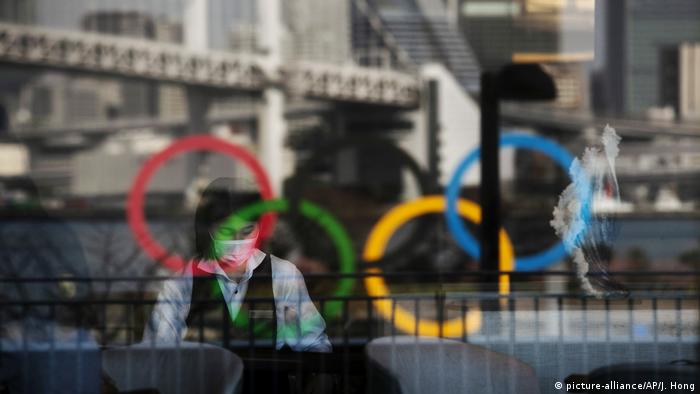 Following talks with various global bodies on Tuesday, the International Olympic Committee has refused to contemplate the possibility of the Tokyo Games, due to start on July 24, being disrupted by the coronavirus pandemic.

"With more than four months to go before the Games there is no need for any drastic decisions at this stage,” its statement read. "Any speculation at this moment would be counter-productive.”

The line from the Tokyo Organising Committee and government officials in Japan is similar: ‘Play on, business as usual'.

However, the Olympic Games look increasingly unlikely to run on schedule. And despite one senior official telling news agency Reuters earlier this month that there was "no Plan B”, contingency plans are surely being discussed behind the scenes.

Public in the dark

The IOC has said any decision would "not be determined by financial interests” because there were "risk management policies and insurance” in place to safeguard all parties.

What will likely be determined by financial interests, however, is how and when the IOC publicly announce any changes to Tokyo 2020.

Contracts between the IOC, the Organising Committee, sponsors, TV rights holders and, most importantly, insurance companies, muddy the waters when it comes to keeping the public in the loop.

Particularly central to the IOC's thinking would be the "Host City Contract” which specifies in what circumstance the IOC can cancel an event. This contract reportedly requires 60 days' cancelation notice. On the Tokyo Organising Committee's side, they can postpone the event but only within 2020.

Neither side will want to make the first move because the financial implications could be monumental. In terms of claiming back insurance, all stakeholders have to ensure they qualify for compensation. Contracts would have to be renegotiated and insurance policies pored over before any decision is made public, which takes time.

The IOC is certainly in no rush to make a definite decision, especially given the fast-moving developments in the coronavirus pandemic. This is unprecedented territory for all involved.

Back in December, the Tokyo Organising Committee announced that costs had reached approximately €11.5 billion ($12.4 billion).

But that didn't include projected costs to move the marathon from Tokyo to Sapporo, or a Board of Audit report which reassessed the national government's contribution from €1.20 billion to €6.55 billion.

Either way, total estimates of the Games' costs range from a modest €11.1 billion to a high of €23 billion, with the IOC's contribution valued at €740 million. 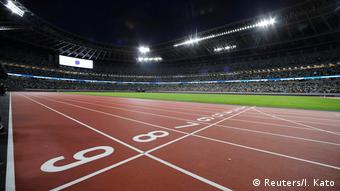 Tokyo's new national stadium was built for the Olympics

On top of that, domestic sponsors have committed more than €2.75 billion towards the Olympic Games, with big companies such as Toyota, Bridgestone, Panasonic and South Korean firm Samsung also holding separate, exclusive contracts with the IOC.

TV rights holders are also a big player in the scenario, especially NBCUniversal in the US, whose parent company Comcast paid €4 billion for the four Summer/Winter Olympics held between 2014 and 2020. NBC has confirmed it has sold €1.15 billion in advertising for the Games.

While all parties claim they are covered with insurance, the next steps look certain to have massive implications for multiple stakeholders, which further complicates any decision to change plans for Tokyo 2020.

There appear to only be three possibilities, none of which are attractive outcomes: holding the Games behind closed doors, postponing the Games, or canceling them altogether.

In financial terms, this would be by far the most disastrous decision for everyone involved. Money spent on organizing the Games would be going down the drain, with Tokyo left with nothing to show after years of preparation and investment.

The only previous Olympic Games to be canceled were in 1916, 1940, and 1944 due to the World Wars, and a repeat would be unthinkable for some. 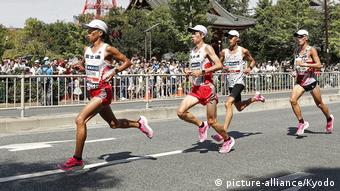 Moving the marathon was a costly business

There are too many stakeholders with far too much money involved for a complete cancelation to be palatable for everyone. No party wants that outcome, neither the organizers, the IOC, the athletes, the sponsors nor the broadcast partners. But it may be beyond their control.

This makes most sense from a financial viewpoint. Japan's economy isn't expected to take a particularly large hit if spectators are banned from the Olympics, though Nomura Securities had forecast a €2 billion windfall.

The coronavirus' spread across the country is a much larger concern when it comes to tourism. Last year, 31.9 million foreigners visited Japan, spending about €41 billion.

But with approximately 11,000 Olympians and 5,000 Paralympians, as well as Olympic staff and officials still to consider, continuing the Games remains a high-risk affair.

The chance of an athlete carrying the virus into the Olympic Village, or an athlete contracting the disease in Tokyo and then taking it back home, would still exist.

Protecting the public from the coronavirus while still putting thousands in the potential firing line appears nonsensical. If spectators aren't going to face the risks, then neither should athletes.

"To date, 57 percent of the athletes have already qualified for the Games,” the IOC's statement continued.

"For the remaining 43 percent of places, the IOC will work with the [International Federations] to make any necessary and practical adaptations to their respective qualification systems for Tokyo 2020.”

With just four months remaining before the Games are supposed to kick off, fitting in 43 percent of the qualification places appears pie in the sky amid the current climate.

Adjusted methods of qualifying may be introduced but many athletes will be left justifiably outraged in any altered scenario.

Spain's Olympic Committee president Alejandro Blanco broke rank to question any decision to continue ahead as planned. His country is currently in lockdown, making it difficult for Spanish athletes to train. 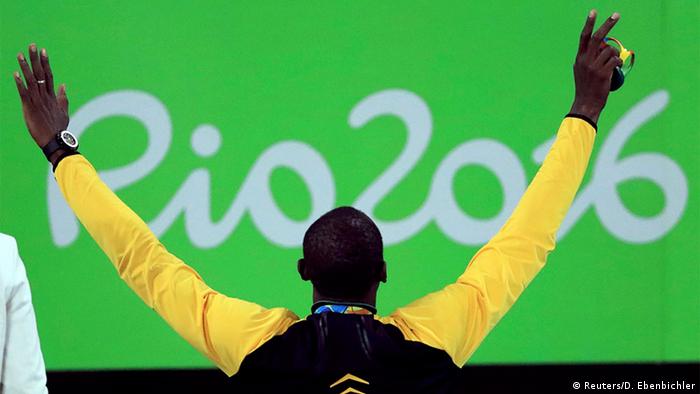 Athletes are unsure how to prepare for Tokyo

"We want the Olympics to take place, but with security. We're an important country in the world and four months before the games, our athletes can't arrive under equal conditions,” he said.

The most obvious solution is of course to postpone the Games and hope that the coronavirus can be contained in the next months.

However, this option also requires the most planning, coordination, and negotiation.

Whenever it is rescheduled, the Tokyo Organising Committee would be thrown into chaos. There are 33 venues to be used at the 2020 Games and a number of them are only being leased out for the duration of the Games.

Future events will be sent into limbo and compensation will come into play.

Furthermore, there are plans to convert the Olympic Village into condominiums, some of which are already sold, while about 45,000 hotel rooms were blocked, and 80,000 volunteers put their jobs on hold in order to donate their time.

No reschedule will be an easy ride

October has been slated as a possibility, however it is highly unlikely that would appease NBC, as well as other TV rights holders.

The reason the Olympic Games are so attractive, at least in the lucrative North American market, is the fact that they come at a time where many of the region's national sports are in off-season, with the exception of baseball.

With the NFL season scheduled to begin in September, NBC will not be pleased at juggling both broadcast schedules. TV contracts and advertising contracts would have to be redrawn, a complicated process all parties will be keen to avoid.

Postponing for a year or even two then becomes a more likely scenario.

But the World Athletics Championships are set for August of 2021, to name just one competition that would be affected, while moving into 2022 produces the imperfect proposition of a Summer and Winter Olympics held in the same year, within months of each other.

There is no obvious solution to a reschedule.

IOC in an unenvious position

The IOC has the final say on any alterations to the Tokyo Olympics and the implications for any decision are far-reaching and complicated.

It is little wonder the Olympics' governing body is being very cautious with what it releases to the general public. The delicate situation is far from certain and a week can bring numerous changes.

A Tokyo Games in July and August of this year looks almost impossible and none of the alternatives are attractive scenarios. But a decision will have to be made eventually.

Chancellor Angela Merkel has urged Germans to rise to the challenge of a lifetime in helping to beat coronavirus. She said it was Germany's greatest task since the end of World War Two. Follow DW for the latest. (18.03.2020)

German national team players have donated €2.5m to causes related to the coronavirus pandemic and called for society to stick together. Head coach Joachim Löw said "the world has suffered a collective burnout." (18.03.2020)