The organizers of the 2020 Olympics were left with no choice but to postpone the summer Games in Tokyo. What’s now facing them is an unprecedented financial and organizational challenge. 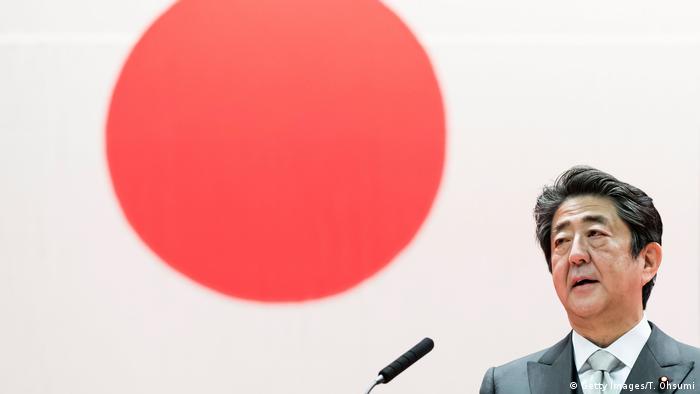 Reporters familiar with Japanese Prime Minister Shinzo Abe's schedule might have already inked this particular event in to their diaries. He had been meant to attend the start of the Olympic Torch Relay, with Olympic marathon gold medalist Mizuki Noguchi set to run the first portion of the traditional event that would take the torch through all of Japan's 47 prefectures. After 121 days, the last of 10,000 runners would have reached the Olympic Stadium in Tokyo and lit the Olympic Flame.

However, the more it became clear that there would be no avoiding a postponement, the more low-key the event became. In the end, the idea was to drive it through Japan in a car, with no spectators apart from the accredited media.

However, on Wednesday morning the clock in front of Tokyo's main train station that had been counting down the days until the opening ceremony came to a grinding halt.

Thomas Bach, president of the International Olympic Committee (IOC), stated that due to the unprecedented spread of COVID-19, the Games would be postponed for the first time in their history.

This marked the beginning of the Herculean task facing the Japanese organizers. The decision to hold the event "up to a year later" will cause considerable upheaval. The IOC, Japan's capital, the country's government and many sponsors will have to recalculate. Huge sums of money have already been spent on broadcasting rights, tickets and advertising. 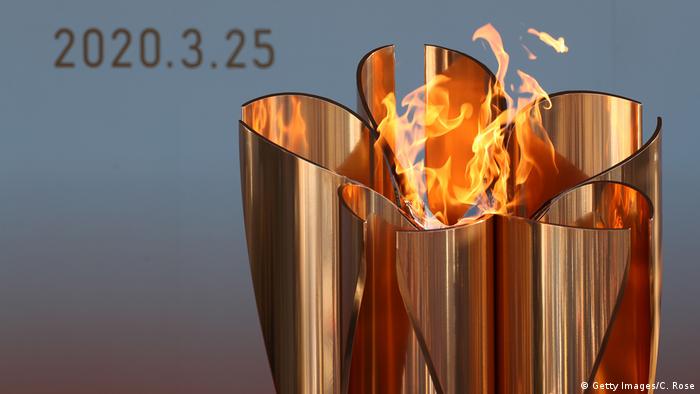 Tokyo 2020 organizers have already sold $800 million worth of tickets

According to unofficial figures, the IOC sold the TV rights for $6 billion (€5.5 billion), part of which has already been paid. The organizers in Japan have already sold $800 million worth of tickets and purchasers probably have no right to a refund. It is also unclear whether the tickets will remain valid for a later date. While many experts assume that the IOC had taken out an insurance policy in case of a cancelation of the Games, nobody knows if this would apply in the event of a postponement.

Also affected are 47 major Japanese companies which, as national sponsors, paid the record sum of €3 billion euros into the Japanese Olympic coffers. The government is indirectly accommodating them: The Games will continue to be called "Tokyo 2020", and the logo will also remain. This means that companies can continue to use it, and advertising and merchandise can remain as they are. However, it is likely that certain revenues will have to be refunded, compensation paid and insurance claimed. The dense thicket of economic interests was probably the main reason why Bach delayed the decision on postponement for a long time.

In the short term, Japan's economy is likely to be one of the biggest losers. Had the Games happened on time, it would potentially have nipped the anticipated "corona-recession " in the bud. But, according to figures released by investment bank J.P. Morgan, the decision to postpone will lower Japan's growth rate by 0.2 points. If this turns out to be the case, Japan's GDP will have shrunk for four consecutive quarters. The country's growth has not been positive since last October, due in part to an increase in the value-added tax (VAT). However, according to the calculations of investment bank Goldman Sachs, Japan could recoup this sum if the Games were to be held next year.

Katsuhiro Miyamoto, professor emeritus of economics at Kansai University has estimated the cost of postponing the Games until 2021 at €3.6 billion. In his calculations he has included costs associated with the maintenance of the sports facilities, personnel and logistics. 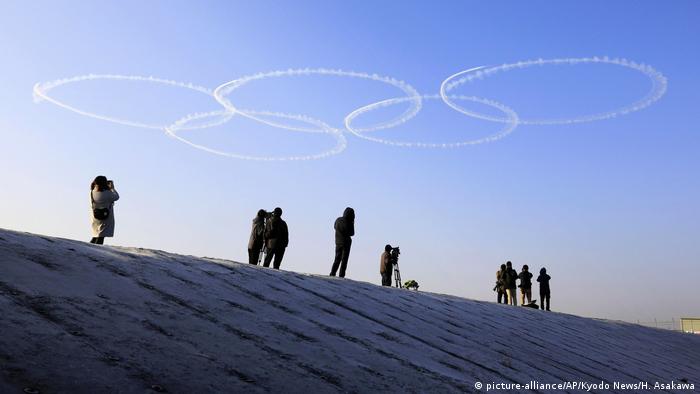 The Olympic rings in the Japan sky.

Back in December, the organizers estimated the total costs to be €11.5 billion. Among other things, this included the financing of eight new sports facilities. The Olympic Stadium alone, with its wooden roof, was estimated to have cost €1.3 billion. The National Audit Office calculated a total of €20.2 billion in Olympic-related expenditures. However, most of the projects have already been built or implemented and paid for.

"The investment effects have already been realized, so the postponement is not dramatic," said economist Franz Waldenberger, director at the German Institute for Japanese Studies in Tokyo.

The already -successful companies behind the construction of the €1-billion-Olympic Village should be able to weather the postponement.

The city of Tokyo made land on the man-made island of Harumi available at one-sixth of its market value, easing the financing of the project. This was in return for the apartments being reserved for the use of the Games, after which they are free to be renovated and sold over the two years following the Tokyo Olympics.

"The postponement will merely result in a loss of liquidity for the developers because the funds will flow a year later," said one foreign real estate expert.

While 940 of the 4145 apartments in the Olympic Village are already spoken and signed for, so far, they have only had to make their down payment. Now the buyers have an extra year to come up with the rest of the purchase price.

Coronavirus and sports: Bundesliga postponement to continue until April 30

The Bundesliga will not return to action before May, the DFL is set to recommend. Meanwhile, BVB players are the latest to accept a wage cut and the Tokyo Olympics have been postponed. Get the latest here. (24.03.2020)