Tokyo 2020 Olympics face another setback after governor resigns over expenses

The governor of Tokyo, Yoichi Masuzoe, has submitted his resignation after coming under fire for his inappropriate use of tax money. His departure is the latest in a series of scandals ahead of the 2020 Olympics. 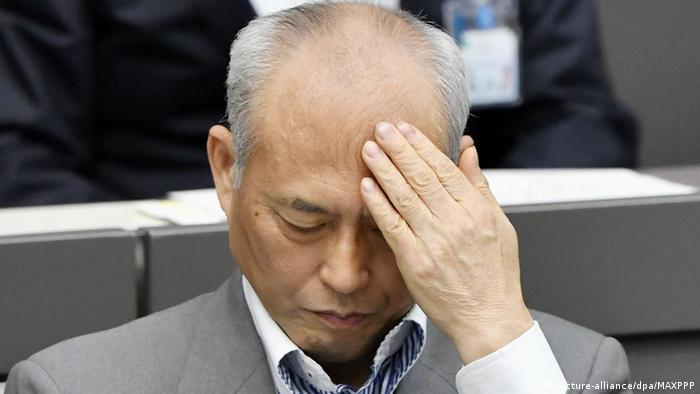 Japanese public broadcaster NHK confirmed that the governor officially handed in his resignation on Wednesday, after weeks of questioning by the Tokyo Metropolitan Assembly. Threatened with a no-confidence vote in the Tokyo assembly later that afternoon - backed by both opposition and coalition parties - the governor's position had become increasingly unsupported.

Yoichi Masuzoe has come under mounting pressure to resign in recent weeks, since it was discovered that he had allegedly used political funds for personal purposes, including family trips, artwork and buying comic books for his children.

The governor's refusal to explain his spending also fuelled anger among Tokyo voters, who bombarded the government with complaints. Opinion polls also found that a vast majority of the public was calling for him to step down.

"It's only natural that he quit," said Tomoko Oyama, an assembly member from the Communist Party who was one of Masuzoe's most vocal opponents.

"He was pushed out by the wishes of Tokyo voters."

On Monday, Masuzoe had pledged to return his salary and asked for the vote of confidence to be postponed until after the Rio Olympics end on August 22, where he would have accepted the Olympic flag during a handover at the closing ceremony.

The 67-year-old's resignation is just the latest in a series of scandals to hit Tokyo's preparations for the 2020 Olympic Games. Masuzoe's predecessor, Naoki Inose, resigned in December 2013 following claims that he borrowed 50 million yen (420,000 euros) as a personal loan from the Tokushukai hospital group led by Torao Takuda, father of Lower House member Takeshi Tokuda.

In April this year, Tokyo's Olympic organizers were also forced to create a new logo for the Games after allegations surfaced seven months previously that the original logo was copied from a theater logo in Belgium.

The city's Olympic bid has also come under scrutiny after questions were raised about payments by the bid committee. Japanese officials said earlier this week, however, that the latest revelation regarding Masuzoe's expenses would have no impact on the Games.

According to Japanese media, Masuzoe's resignation will take effect on June 21.

How to watch the final Trump-Biden debate tonight 3m ago