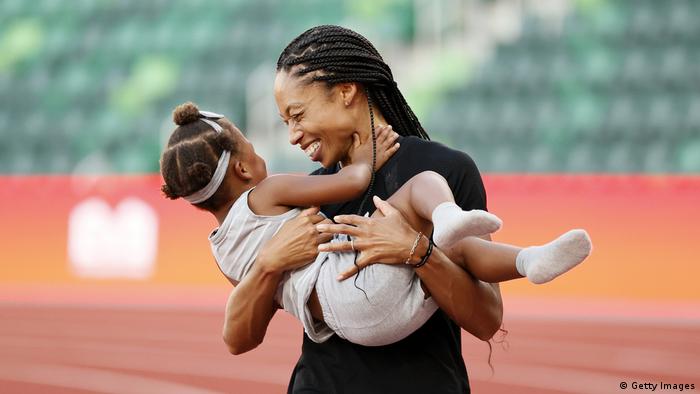 Allyson Felix lies on the track for several minutes, completely exhausted after earning bronze in the women's 400 meters with a time of 49.26 seconds.

The medal was her 10th at the Olympics, but this one was extra special because it was the first she earned as a mother.

"It's my first bronze medal, and yet it is so much more significant than the others," she said.

Mothers have competed at the Olympics as far back as the 1900 Games in Paris — when women were allowed to compete for the first time. There are more moms than ever before here in Tokyo. This shouldn't come as a surprise because, for the first time in the history of the Olympics, there are nearly as many women competing as men.

Many women are familiar with the either/or problem. For competitive athletes, like Canadian basketball player Kim Gaucher, it meant either foregoing the Summer Games or spending 28 days in Tokyo childless and not able to breastfeed. This is because Tokyo 2020's Organizing Committee barred family members from entering the country due to the coronavirus pandemic. 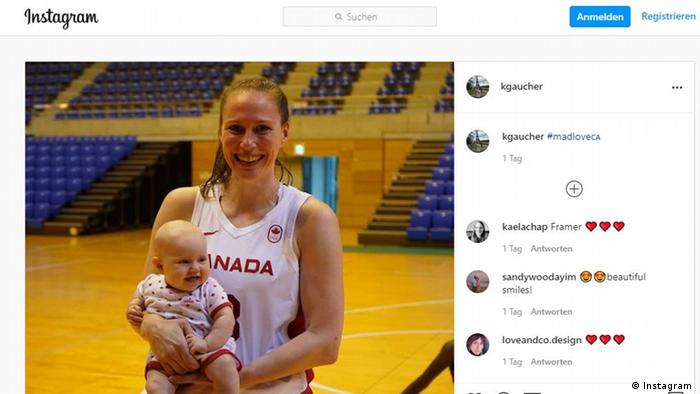 Japan relented after an emotional Instagram post from Gaucher and protests from other female athletes, but the concession didn't solve the problem for many. Ona Carbonell, a Spanish synchronized swimmer, decided with a heavy heart to leave her child at home. The baby and her husband would have had to spend 20 days in a hotel room, and she would have had to leave the team bubble to breastfeed, putting her team at risk of infection every time.

"We need to talk about issues like this," she said. British archer Naomi Folkard, who pumped 14 liters of milk in advance for her 15 days in Tokyo, has called for the same. 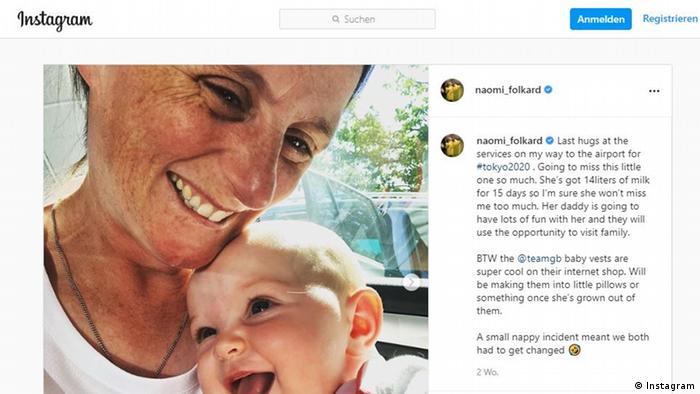 Who organizes and pays for childcare?

When it comes to childcare during the Games, women often have to organize — and pay for it themselves.

At the beginning of July, Felix announced that she had set up a $200,000 (€170,073) fund together with her sponsor and the Women's Sports Foundation to assist with childcare costs. Nine women are currently benefiting from the program, including Aliphine Tuliamuk, a Kenyan-born marathoner competing for the US.

Each beneficiary receives $10,000 to cover childcare costs while they work — that is, while they train and compete. 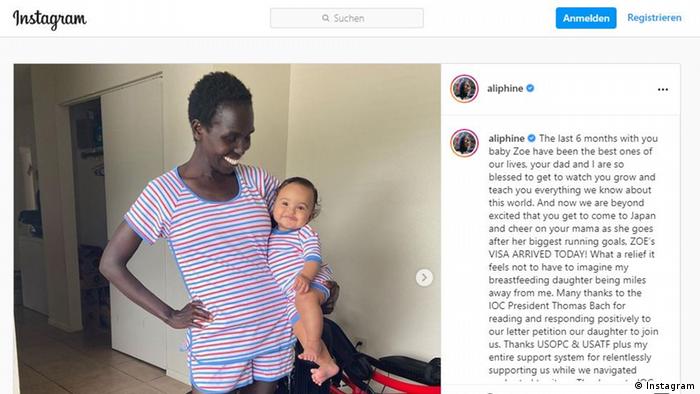 Marathoner Aliphine Tuliamuk with her baby Zoe on Instagram

Why do sponsors cut back during pregnancy and maternity leave?

"Getting pregnant is the kiss of death for a female athlete," American 800-meter runner Phoebe Wright, who was sponsored by Nike from 2010-2016, famously said in 2019. "There's no way I would tell Nike if I were pregnant."

Pregnancy and maternity leave have often automatically led to a drastic cut in sponsorship money. That's very tough for female athletes, whose income depend on sponsorships often connected to Olympic participation. 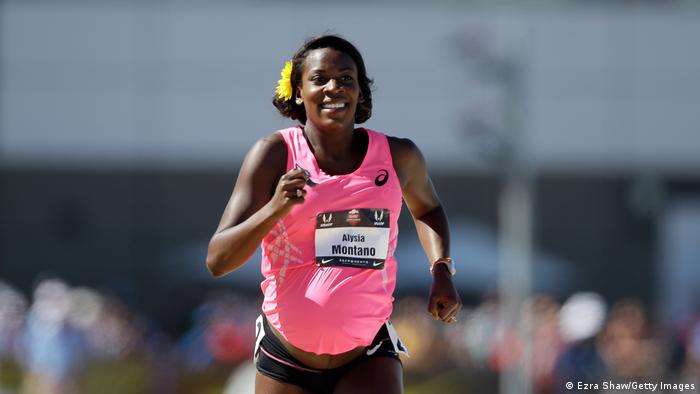 Last year, Felix ended her sponsorship agreement with Nike because the apparel brand wanted to cut her salary by 70% for not competing during her pregnancy and shortly after giving birth. She made the discrimination case public despite a confidentiality clause. This prompted Nike to change its maternity policy.

"You can't change things with silence," the sprint star said at the time. 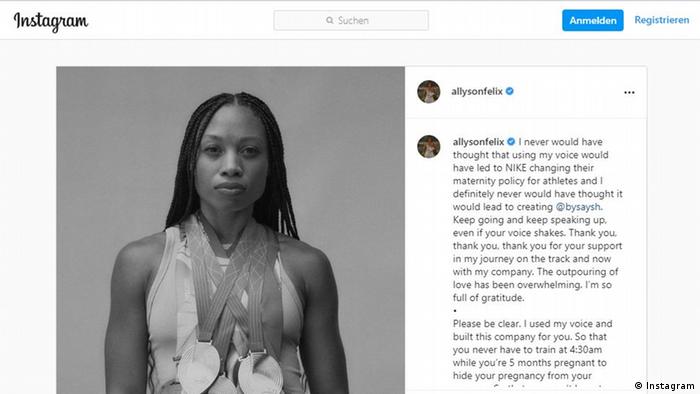 Why are sports federations so inflexible regarding qualification criteria?

Participation in competitions, which are important for Olympic qualification, is a major, sometimes unscalable barrier for female athletes. For Canadian boxer Mandy Bujold, her placements at three specific competitions were critical for qualifying for Tokyo, but she was unable to compete due to her pregnancy.

Bujold took her case to the Court of Arbitration for Sport (CAS) It ruled that other qualifying options must be found for pregnant women or athletes in puerperium, the period between childbirth and the point when the uterus returns to its normal size.

More and more female athletes are fighting back against this kind of discrimination, making it public, especially via social media — and are successful in doing so. This alone makes them role models, regardless of whether or not they win medals at the Olympic Games.

After the difficult and complicated birth of her daughter almost two and a half years ago and the many struggles alongside her running career, Felix is visibly proud to stand on the podium here in Tokyo with the bronze medal: "Normally, I can't lose and I'm very sad. But today, I am very happy."

Middle-distance runner Abraham Guem was stranded in Japan for 21 months with four compatriots. Though his chances at the Tokyo Olympics look slim, he has more at stake than medals.